5 Practical Examples of Work in Process 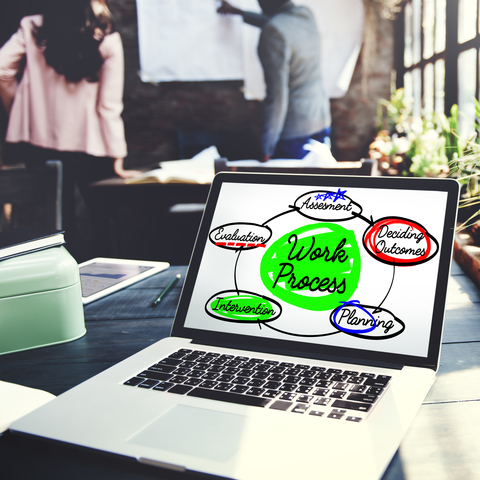 In manufacturing, Work in Process (WIP) also referred to as Work in Progress is a category of inventory that consists of unfinished items which still require further assembly, processing or inspection to turn them into finished goods ready for delivery to the customer. This term only applies to items in the inventory which have moved into processing. Any items which have not been worked on are considered raw materials.

WIP is considered to be a type of waste, since it ties up money during the processing period, funds which could have been used to generate value and returns in other parts of the organization. In addition, excessive WIP presents business risks to an organization since items will be on the factory floor next to equipment, plant and machinery or blocking traffic areas. Below are some examples of WIP from different industries:

An example of WIP in the confectionery business can be seen when a cake shop bakes bread bases for tarts and stores them until they are ready for use. Bread bases for tarts taste better when they are baked first and later stored to cool during the production process. Because the bases can be used in different flavors of tarts, there is minimal risk of waste.

In this case, the WIP is necessary in order to ensure the best quality tarts are produced for the consumer. Still, it is vital for the cake shop to ensure that it has an accurate estimate of the number of finished tarts required every day to optimize the number of bread bases held in inventory within the bread shop cold room.

Within a motorcycle engine assembly line, one workstation works on carburetor components and feeds the next workstation, which puts them together into a completed carburetor. At the second workstation, the pin on which the butterfly pivots is discovered to be of the wrong dimensions in some instances and, as a result, cannot be added to the carburetor assembly. Production has to be halted as a result, in order for a new pin to be installed manually.

This forces the assembly line to produce and hold more units in stock than are necessary in order to reduce the delay for other processes down the line and increase the assembly time for each bike as a result. The excess carburetor units held in inventory before moving to the next stage are an example of bad WIP, as it creates a bottleneck to compensate for manufacturing problems.

A camera manufacturer has work stuck in process when a supply chain disruption stops it from quickly completing lens assembly. For this reason, the camera manufacturer decides to make and stock large numbers of incomplete cameras, hoping to meet demand when the missing components arrive. Such an organization is working inefficiently and the unusually large amount of WIP compared to value is something that would concern investors studying the company’s balance sheet.

A skateboard manufacturer may offer to provide custom artwork from a range of its partners imprinted on the boards. The base skateboard units that feature no artwork are manufactured in large weekly production runs with 2400 units in each. However, the skateboards are completed with the custom art at a rate of about 200 units weekly. Immediately the art is completed, and the boards are immediately shipped to customers.  In this case, the manufacturer’s inventory of work in process is inordinately larger than the inventory of finished product.

In manufacturing, work in process affects the flow of processes when operators or team members are unable to work or are forced to wait due to problems in one of the production steps such as shortage of inventory or failure of their equipment. There are analogies for this situation in the field of healthcare as well, causing issues for both the patients and healthcare providers. These include:

In each case, the desired outcome is to minimize the inventory of unfinished work in process and reduce the time required to move an item from raw material to finished product in order to release the value held up in the product or service.