Breaking Down Your Whole Organization into Modules

Home » Business » Breaking Down Your Whole Organization into Modules 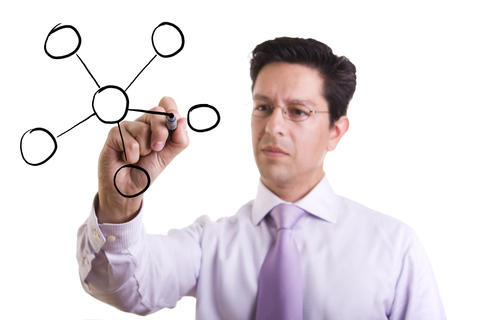 Breaking Down Your Whole Organization into Modules

Divide and conquer is nothing new, and it’s a strategy used in many types of work. Its benefits are even stronger in a lean organization when applied correctly and learning how to identify the core components everything is made up of can be a great skill to have as a leader. Of course, as with many important parts of lean methodologies, it’s not as easy as it sounds to get it up to a good level.

As you’re probably guessing, the whole strategy relies on your ability to figure out what the core pieces of each component of your organization are. Note that this doesn’t always mean to keep breaking something down further and further until you can’t go any lower while this has its own benefits, we’re looking for a slightly different approach here.

What you’re trying to do is figure out how you can represent your organization as fundamental building blocks that interact with each other, where every piece has its own specific function. In other words, every piece transforms some resource into one that is more directly useful for your operations. The term resource is used very flexibly here, and it can sometimes mean more abstract things like productivity.

This leads us to the next point it’s often useful to be able to see every part of your organization as its own workpiece, which takes some input ant produces some output. This is an extension of what we said above, and it can actually be a very powerful tool for organizing your company in general. However, it’s not always that easy to imagine each workpiece in your organization in such an abstract way.

If you’re finding it difficult to work with a specific component, it might be because you haven’t broken it down enough. This is often the case when you have to work with more than one type of output, especially when both are directed to different departments of your organization.

On the other hand, sometimes those more complex components can’t easily be decomposed like that because they are tightly interconnected and function as one complete piece. You’ll have to find a good balance between having enough abstraction in your model, and having a model that makes enough sense to work with in the first place. Which, as you’ll find out, is a skill that you’ll spend a lot of time building up, and you’ll always find room for improvement in.

Leave Room for Changes in the Future

Things might be in a good state right now, but it’s important to be able to break things down even further later on if the opportunity arises for it. As your company grows, what used to be one single small component might now be a large part of the whole infrastructure, but if your old model still treats it as one piece, this can lead to some obvious issues in the way the organization is being run.

As long as you’ve spent enough time thinking about the model in the first place, and you know what to expect from the company in terms of future growth, it shouldn’t be that difficult to plan ahead for those developments adequately. Sometimes you may need to revise your model significantly, depending on what direction your company starts to evolve in, but this doesn’t have to be such a problem if you have the right tools in place to keep that growth under control.

An interesting approach is to prepare room for placeholder components of the organization, parts which don’t exist yet but you’re sure will arrive on the scene sooner or later if things keep going according to plan. That way, when your company reaches that stage, you can just flip the switch and enable the new components, and resume working without any significant impact to the workflow.

Thinking about your organization as a collection of modules that interact with each other, rather than one big monolithic structure, is one of the best things you can do to pave the way for continuous improvement. That way, every time something comes up and the organization finds itself in a state of expansion, you’ll know exactly how to respond and what direction to take it in.