Can You Use 5S to Clean Your Email Inbox?

Home » Business » Can You Use 5S to Clean Your Email Inbox? 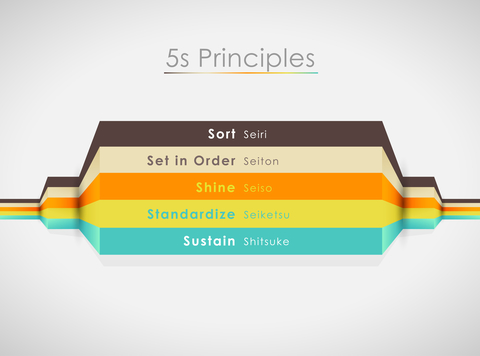 5S is a versatile system commonly applied in various production environments in order to boost the productivity of the facility as a whole, and ensure that everyone is working together towards continuous improvement. It relies on a set of five principles Sort, Set in Order, Shine, Standardize, Sustain and every good leader should have at least some rudimentary familiarity with the system and know how to apply it to their own company’s work.

However, something that’s often missed by many leaders is the fact that 5S can have a huge potential when applied on a more personal level the system can work wonders in helping you organize your own tasks and projects in various ways. You can even use it to handle specific subtasks, such as the dreaded organizing of one’s emails.

It’s a common problem for many leaders, especially in larger companies you get so much mail on a regular basis that it becomes impossible to keep up with it and still do your regular job. At some point, you have to draw a line and decide which messages are truly important, which ones can wait, and which can be tossed straight in the trash. And as it turns out, 5S can be very useful in helping you sort out this huge mess.

How Does 5S Work with Emails?

Pretty much every aspect of 5S can be applied to the organizing of your emails if you abstract things enough. Sorting is the most obvious one make sure that you deal with irrelevant emails quickly and put them out of sight. You can also take this one step further and prepare folders for each type of email that you receive, and organize them there.

Setting your emails in order is a bit trickier, and it mostly depends on the email client you’re using. The important point is that you should have immediate, convenient access to every aspect of your email that you need. If you frequently need to send invoices, for example, you should prioritize that template above others.

Shining your email is basically dealing with junk as soon as it arrives, and also ensuring that you don’t leave anything unanswered for too long. Unanswered emails can pile up quite quickly, creating a lot of waste in your work when you have to drop what you’re doing and focus on them exclusively at some point, so it’s better to remove them from the process as quickly as possible.

Standardizing is where things get interesting. Most modern email clients have powerful functionality for sending pre-made templates, sorting your emails according to complex rules and filters, and much more. It’s up to you how you’re going to use these systems, but the important thing is that the final result is something that allows you to easily send and receive messages of certain types without having to think about the process too much.

Last but not least, it’s important to do all of this in a sustainable manner. It’s no good setting up complex filters if you end up ignoring them for your future emails because it’s too annoying for you to deal with the extra rules. Likewise, if you prepare templates but don’t use them, this is a waste of time and effort.

This might sound like it’s going overboard a bit, but any experienced manager will tell you that there’s no such thing as putting too much thought into the organization of your emails. As long as the final result is that you get to spend less time dealing with emails, and more time on your actual project-related tasks, your whole company is going to be more productive.