Controlling WIP in the Automotive Industry 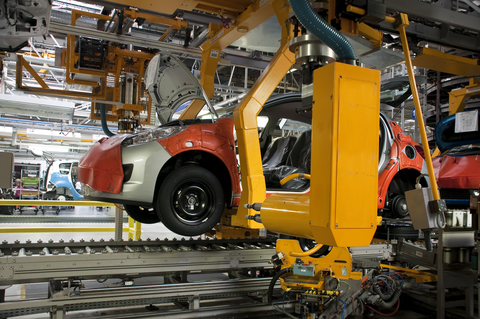 In the current economic climate, many manufacturers are coming under continuous pressure to cut down on their costs from both the market and shareholders. In particular, shareholders expect them to maximize revenues at an absolute minimum of cost. Besides this, consumers (the market) expect to receive the best products with regard to quality, timely delivery and price.

All of these requirements then lead to several questions, particularly in the automotive manufacturing industry: How can car makers improve the efficiency of their operations and provide high quality products while optimizing their capital? How do they offer the maximum value possible to customers at a lower cost? How do they optimize cash flow while at the same time, continuing to pursue the objective of cost reduction?

Breaking Down WIP Inventory in the Automotive Industry

Within the automotive manufacturing sector, Work In Process (WIP) is one of the key inventory categories that affect efficiency. In this context, WIP refers to any materials, assemblies or partially completed automotive parts which are not yet considered finished goods, but no longer count as part of the raw materials inventory.

In the West, Lean manufacturing is a methodology that has become synonymous with efficient production. Toyota, which is arguably the most efficient car manufacturer today, is one of the best illustrations of the application of the Lean methodology used to improve the manufacturing process. The company strives to WIP in two major ways:

Efficient production based on lean processes stresses on suppliers to manufacture just enough parts that will enable every order from customers to be put on the assembly line when needed, hence the concept of Just-In-Time. It requires intense effort from Toyota and its major suppliers that they only manufacture what is needed at the same or lower cost than in mass production.

The prerequisites to achieving this goal are attention to detail when designing the processes required as well as the development of a collaborative environment with the company’s suppliers. The partnerships are not by accident they are necessary aspect of the idea of Just-In-Time manufacturing.

A JIT system of inventory control is popular with both smaller manufacturers and major players in the automotive industry as it lets them make more efficient use of capital while enhancing cash flow. Particularly in the case of smaller businesses which are just starting out in the automotive industry, this model not only reduces the amount of startup capital required, but helps them to avoid tying up resources in large amounts of unneeded WIP inventory.

Before Toyota pioneered Lean manufacturing, traditional automotive manufacturing plants that produced body parts were dedicated to pressing one part for very long periods, since it could take several hours or even days to switch the tooling within the press to press a different part. In this case, changeovers were often resulted in extended periods where continuous production was interrupted.

To avoid this, each press had to produce massive quantities of each part at a time parts which then had to be stored until they were needed. As a result, capital needed to pay for steel, operator wages, and the storage space were tied up until the entire process of manufacturing a finished product was complete.

Toyota decided to manufacture vehicles in batches of one, where a press only needed to press a few copies of each part. This was made possible by clever design that meant the parts were shared across models. This also meant that, when building cars in batches of one, it was not necessary to make one pressing of each part at a time.

Once manufacturers visualize their work through the lens of Lean manufacturing processes, they can then take steps to optimize workflows and deliver value. As shown in the example of Toyota, an effective way to do this is limiting and controlling Work in Process in the automotive industry. Control of WIP lets teams work faster, deliver higher quality and enjoy a healthier work environment.