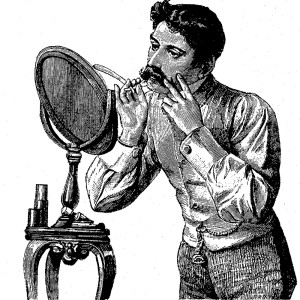 There is a significant chance that most readers will have never seen a double edge razor or blade, much yet shaved with them. It is old-school shaving, just like your grandfather used to do. There is an art to shaving with a double edge razor, but without doubt, it is the best have you will ever have. Shaving has been taken over by razor cartridges. In recent years, the prices of these blades have significantly spiked. They have also increased the number of blades in a cartridge. These multi-blade cartridges quickly clog and fail to provide a smooth and effective shave. With these issues facing men and their shaving preferences, double edge razors and shaving have seen a huge resurgence.

The term safety razor was first used in 1880 and described a basic razor with a handle attached to a head where a removable blade may be placed. The edge was then protected by a comb patterned on the head to protect the skin. In the more modern day produced safety razors, the comb is now more commonly replaced by a safety bar. There are two types of safety razors, the single edge and the double edge. The single edge razor is essentially a 4-centimeter (1.6 in) long segment of a straight razor. The double edge safety razor is a razor with a slant bar that can be used on both sides, with two open edges. The blade on the double edge safety razor is slightly curved to allow for a smoother and cleaner shave.

In 1901, the American inventor King Camp Gillette, with the assistance of William Nickerson, patented a new variation of safety razor with disposable blades. Gillette realized that a profit could be made by selling an inexpensive razor with disposable blades. This has been called the razor and blades business model, and has become a very common practice for a wide variety of products.

Many other brands of safety razors have come and gone. Much of the competition was based on designing blades that would fit only one style of razor until the blade shape was standardized by the inclusion of a multi-faceted central channel to the blade which would accommodate the various designs of blade securing systems.

Check out how the razor is made!

See how the blades are made.