Gage R&R and its Application in the Automotive Industry 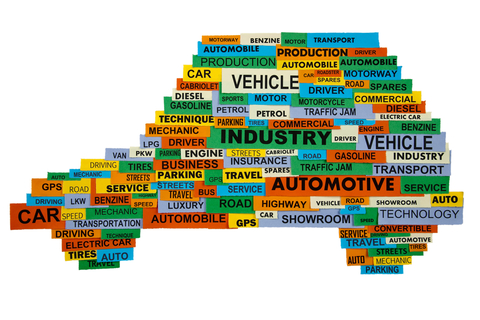 The gage R&R study is a commonly used tool in various industrial environments, and the automotive industry is arguably one of its biggest users. That should come as no surprise to anyone familiar with both that part of the industry as well as the study methodology, as there are some close connections between the two that make this type of study one of the best tools for gauging the performance of an auto plant.

Repeatability and reproducibility are, after all, critical parts of the work of an auto factory, and determining the variance in measurements with a great deal of precision can often go a long way in improving the overall output of the factory.

Not only that, but you’ll be able to get a better sense of how well your different instruments are aligned to your current workflow, something which many auto plants tend to lack to a severe extent. This is a common problem when a plant has to go through multiple different iterations of the same vehicle model, in which case a good overview of the current measurement instrumentation is absolutely critical.

Understanding the Relevance of Gage R&R in the Auto Industry

Understanding why this type of study is so important in the auto industry mostly boils down to understanding the meaning behind repeatability and reproducibility in the first place. These factors can play a critical role in the operations of many types of factories, but when it comes to an auto plant, they have to be controlled with a great deal of precision.

Repeatability is variation caused by the measurement device itself, and it’s related to the operator taking the measure. This makes it important to control who’s involved in different stages of your studies, as changing between different operators on the same workstation can have dramatic consequences on the validity of your results in the end.

On the other hand, reproducibility is variation caused by the system in which you’re working, and it can be replicated when working with different operators. When studying the reproducibility of your systems, you can safely exchange operators as necessary for the current test, as this will not have any impact on the final quality of your measurements.

The Evolving Nature of Measurement Instruments

A factor that’s going to play a central role in conducting a gage R&R study is the way your instruments themselves evolve over time. This can matter quite a lot when trying to align the results of multiple different studies, so make sure that you account for it in conducting each stage of the gage R&R study.

In some cases it can actually be a better idea to work with older instruments if they are better aligned to your testing practices, instead of trying to realign the tests to a new instrumentation set. This may seem counterproductive, but it’s one of the most commonly used approaches in many automotive factories, and a common technique across the industry as a whole. That is, at least for factories that rely on the gage R&R study in the first place.

There is a very tight link between the gage R&R study and the automotive industry, and understanding this connection can be very beneficial for anyone in a leadership position in an auto plant. There is often a lot to gain from studying the variation involved in your measurement practices, and the sooner you put some systems in place to track it and record how it changes over time, the better results you’re going to get in the long run when running your plant. This is especially true for plants that tend to work on multiple different models over time.