How Can Total Productive Maintenance Improve Our Company’s Bottom Line? 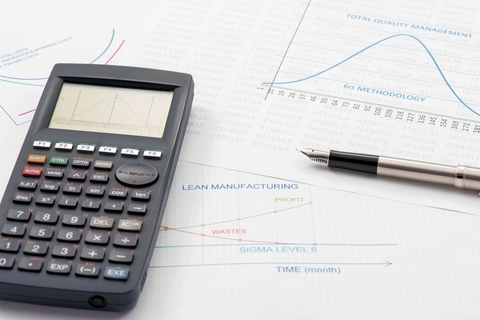 Total Productive Maintenance or TPM for short is a popular technique in the industrial sector developed to address the waste that can be created through improper handling of tools and other equipment over a longer term. It helps the organization’s leadership ensure that resources aren’t unnecessarily expended to keep the company’s assets in good working condition, and it emphasizes preventive measures that can help catch problems before they develop into more threatening issues.

The main idea behind TPM is to help an organization increase its productivity by decreasing the frequency at which equipment has to be replaced. The exact way this is implemented will vary from one organization to another, mostly depending on the type of equipment in use. But in general, the methodology relies on getting everyone involved across all levels of the organization, especially the workers on the production floor who use their tools and machines on a daily basis.

Once TPM has been implemented in an organization correctly, it can lead to huge increases in productivity, with the final result of improving the profit margins of any production facility, in some cases significantly. Of course, the opposite is true as well if you go about this the wrong way and don’t consider some factors correctly, you may even see the productivity of the organization as a whole going down.

Looking at the Details

There are different ways in which equipment can lose its durability, and TPM aims to categorize them in order to make it as clear as possible where the underlying issue is. The three main categories examined by TPM are performance, availability, and quality. Each of those is further broken down into two categories, identifying the exact nature of the problem.

For example, issues with availability can either be due to tools breaking down and becoming unusable, or when the equipment has to change hands, which can take a long time. Both of these can create issues with the availability of a certain item, but they also require significantly different approaches to eliminate them.

A fundamental principle of TPM is that you should take proactive steps to minimize the downtime caused by tool malfunctioning or unavailability. If you start addressing the problem after it’s already occurred, this can lead you to waste a lot of time, while it will also leave the organization open for future potential issues of the same kind.

This is where your entire workforce comes in, and why it’s so important to get everyone on board when you’re trying to implement Total Productive Maintenance. You will need to set up certain rules about the way equipment is handled, for example, and it makes no sense to spend a lot of time developing and implementing those rules only to see them disregarded by your employees later on.

Put some penalties in place if it’s necessary. This might raise some eyebrows and will probably draw some negative responses from various parts of the company, but in the end, it’s important that everyone is held responsible for their actions if they are dragging down the performance of the whole organization.

Developing a system where employees can cross-check each other’s work is also a good idea when you want to ensure that instrument-related issues are minimized. It’s not uncommon for a person to make a mistake, especially in a routine process that they’ve done hundreds of times before, but it’s much rarer to see this happening when people are verifying each other’s work and these verifications are being tracked.

This can also have the positive side effect of developing better relations between your workers, as they will start trusting each other more and relying on each other’s expertise in their work more actively. Which, just by itself, can boost the productivity of the organization quite a bit.

Total Productive Maintenance is not really new as a concept, but it’s just as relevant today as it was at its inception. When applied correctly, it can significantly reduce the waste an organization creates in its daily work, and it can resolve many issues related to long periods of downtime as well. And once you’ve set it up once, it doesn’t take too much effort to maintain the system and keep it in a good state.