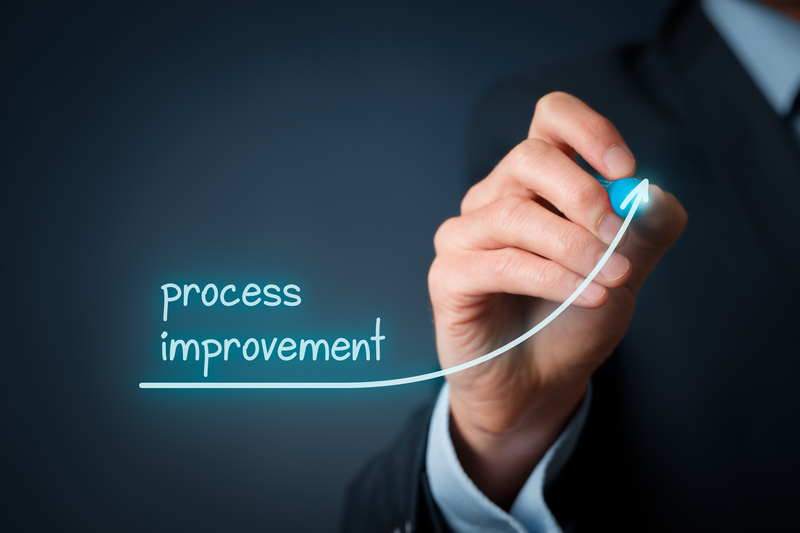 An event-based approach to process improvement can be a great driving force for change in an organization. It’s easy to see exactly which parts of the process need to be altered and in what ways when looking at the situation from an event-based perspective, and this can often open up the doors to some interesting optimization possibilities. In many cases, those possibilities simply would not exist when considering the problem from another perspective, e.g. a flow-based approach.

Looking at the situation from the perspective of separate events allows one to easily identify its discrete components and compartmentalize the whole optimization easily. When you’re able to point out exactly what part each component plays in the grand scheme of things and how it’s connected to others, it becomes much easier to identify points that can be optimized, e.g. by combining two events into one or separating the processing of a particular event into more steps.

You’re also able to see the specific context in which everything occurs, rather than looking at the situation from a more general perspective. That way, it’s much more straightforward to figure out the potential impact of making some change to the current setup, and you’ll be able to predict how this will affect the overall process of the organization.

Note that this is also possible when using a flow-based approach, although it’s typically more challenging to identify separate contexts in this manner, especially when working with a more complex system. It’s also important to note that event-based process improvement is much better suited for larger projects that feature a significant number of components that need to be reviewed. Putting them all in their respective positions is easier in this optimization approach.

If you want to introduce new events to the flow, this is much easier when you’re able to see everything in a separated, compartmentalized manner. You will be able to easily predict exactly how the new event is going to impact the current process, what kinds of improvements it’s going to bring to the system, and whether it will impose the need for any additional optimizations.

This is an important point that sometimes gets overlooked until it’s too late, which can lead to a variety of problems. Make sure that you’re prepared to run some additional optimization procedures on any new events that you’ve introduced to the system, rather than relying on the system itself to optimize them. While it’s possible to introduce new steps that are immediately aligned with everything else, this requires careful planning and doesn’t always work out perfectly.

It’s also possible to use event-based process improvement to figure out places where separate processes can be combined into one. This is often not that easy when working with a flow-based approach, and you may even be able to see opportunities for the combination of more than two processes into a single new one. Keep in mind that you shouldn’t go overboard with this, as while it may seem sensible to compact processes as much as you can, you should still leave some room for future optimizations in case new points are introduced to the overall chain.

A common mistake that is often observed in these cases is that any new parts added to the process later on are much more difficult to align and you have to put more effort into your optimization work afterwards.

Using event-based process improvement is one of the best ways to ensure that you can promote change in your workflow while at the same time working towards a stable flow that’s resilient to issues in the long run. It may take some time to get used to the specific details of how event-based process improvement should be applied exactly, but once you get that down, it’s a relatively simple approach that brings a lot to the table.