How to Reinforce Successful Results Without Unnecessary Repetition

Home » Business » How to Reinforce Successful Results Without Unnecessary Repetition 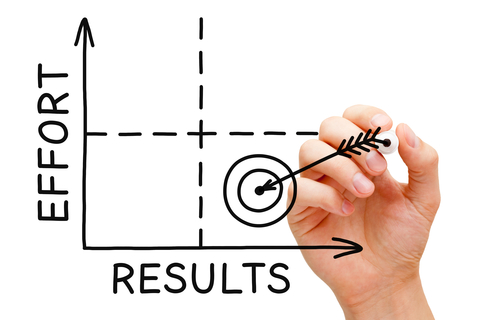 Building on what you’ve learned is one of the core concepts in Six Sigma, and it’s important to develop a good intuition for extracting the valuable knowledge from each experiment you run in the organization, no matter if the final result is a positive or negative one. Sometimes though, it can be hard to draw the line between reinforcing positive results and repeating things you’ve already learned for no good reason.

Gather Data and Use It in the Future

One of the most important things you need to do after completing any project within the organization is to collect results. As we said above, it doesn’t matter if the final outcome was what you expected the project could have been a complete failure and yet you can still learn a lot from it. In fact, in many cases, failure actually teaches you a lot more than success, and you have to go through some harsh developments in order to reach a state where things are moving smoothly.

Make sure that you not only collect all the information that’s produced in the experiment, but you also organize it in a way that allows you to easily access and reference it later on. It’s no good having mountains of data if it takes a significant amount of effort to sift through it, especially if not all of that data is directly relevant to the problem at hand.

The sooner you set up some system to collect and organize that data, the better. In most cases though, the way this system works will be completely individual to your current organization and its specific needs, so you’ll have to put some thought into it. Once that system is up and running though, it’s quite easy to iterate on it and improve it as the organization evolves.

Sometimes disagreements can arise when discussing the direction the company should evolve in. This is especially common when the argument is between multiple people with significant amounts of experience behind their backs, and sometimes all sides may have valid arguments, making it difficult to reach a consensus.

Old data can prove very useful here, and this is one opportunity to reinforce previously achieved positive results without making it feel like you’re repeating things for the sake of it. Nobody really wants to go through a data set that outlines exactly how the company failed to reach an important milestone some months ago, but when you are discussing a similar situation, bringing this point up can make all the difference in the tone of the argument.

Of course, the same principle as above applies here as well you have to be careful and selective in the way you’re picking the exact data to discuss at those meetings. If you reference something that’s ultimately irrelevant, this can weaken your overall point and make people more skeptical of data sets that actually matter a lot in the current situation!

Repetition Is Not Always Bad

Last but not least, don’t forget that sometimes it’s definitely not a bad idea to repeat a certain point more than once. This is especially true in cases where there has been a major failure in the organization, but it can sometimes be beneficial to reinforce a positive lesson just as well. If nothing else, it can significantly boost the morale of your employees if you remind them often about the successful parts of their jobs.

Some companies even have structures in place for that, although you don’t have to go that far in order to see good results. Just make sure that people are always made aware when their contributions matter a lot, and on the other hand, if someone makes a mistake, don’t hold it over their head, but ensure that the results are remembered in the future in cases where they are relevant.

Repetition is one of the key components of ensuring that your organization can develop well in the future and take everything you’ve learned into account. It’s not very easy to figure out which lessons are worth repeating and which aren’t, but once you’ve gotten the hang of it, you’ll find yourself subconsciously picking out the important details from the more mundane ones.