The Importance of Managing WIP in Business

Home » Business » The Importance of Managing WIP in Business 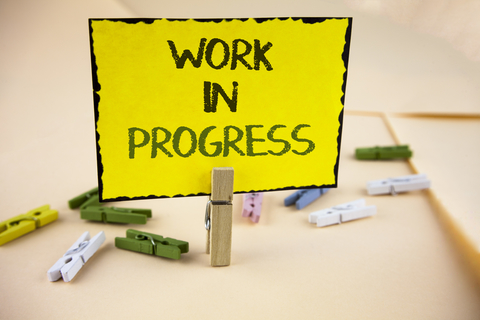 Work In Progress (WIP) sometimes also referred to as Work in Process refers to any work within a business process which has been started but is not yet complete. It is fairly obvious that any work only offers value to a company or its customers once it has been completed. With this in mind, it is a no-brainer that limiting the WIP within a team or system should lead to increased value. While the idea is, on the face of it, simple enough to understand, few work teams place the necessary emphasis on limiting of WIP or utilize methods of controlling WIP that simply do not work.

Why Is It Important To Manage WIP?

While most people like to believe that they are good at multitasking, the reality is that working on multiple things at the same time is less effective than placing focus on one task at a time. Also, when someone works on several tasks at the same time, they will need to jump from task to task often, resulting in a loss of productivity whenever they take time to refocus on the previous task.

Placing a limit on the work that can be handled by one worker or team at a time will prevent workers from starting new tasks when they still have unfinished tasks. Instead of having people start work on a new task if their current task is blocked or too difficult, the WIP limit will force them to examine why the current task is not moving forward. By establishing the reasons, they can then focus on finding a solution and finishing the task to allow more work to come in and resume the flow of work.

Getting Started With Management of WIP

Managing WIP for a team is no different. When the team commences on any project, especially without much experience in Agile, managing work in progress and setting up of WIP limits can be a somewhat tricky affair. If WIP limits are made too stringent at the start, people start to get worried, frustrated or even discouraged. On the other hand, if the limit is too big, people will start to work on to many tasks concurrently, defeating the purpose of managing WIP in the first place.

To start managing WIP in business effectively, teams need to pick limits that they feel comfortable with at the start and commit to them for a given period of time. At the end of this period, the team can meet to discuss the efficiency and effectiveness of their initial approach. They may then decide if it is necessary to revisit the WIP limits they set. In time, and with maturity of the team, the WIP limits will naturally get smaller.

Use of the Kanban System

In the modern workplace, it often feels that each employee’s to-do list on a day-to-day basis is a mile long. With people having so many tasks in their work queues, it is very tempting to jump from task to task while attempting to tick off as many work items as possible off the list. However, when someone dives into new tasks before they have had a chance to complete their previous work, it can result in the employee getting overwhelmed by a deluge of work, lengthening the lead times for the projects they are working on. In this case, a kanban board system could prove to be an invaluable tool to help manage WIP.

The kanban board (roughly translated from Japanese to mean card you can see’) offers a simplified way for workers to visualize their workflows and stem the chaos which may cloud busy projects. This solution works in management of work in progress by making it simpler for team members to graphically visualize project workflow in one place, offering convenience and transparency.

While it is simple enough to understand WIP limits, teams will all too often misuse or ignore them. No matter the process improvement method used Lean, Agile, Waterfall or any other process if individuals or teams can focus on completing a task at a time and move on to the next, more will get done faster.