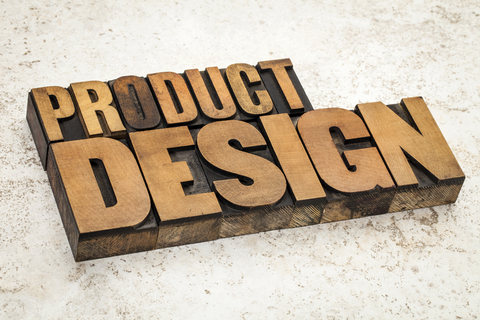 Two-level factorial design is an experimental approach to design which aims to uncover the small set of critical factors in the design of a product, allowing you to focus on them with more effort and improve the overall quality of the product significantly. The name of the approach comes from the fact that each factor is only considered at two levels (typically low and high settings), allowing you to parse a large number of factors with relative ease, and without having to get into any complicated calculations.

For example, if you want to study the click thru success of an advertisement for your website, you could create a simple 2-level factorial experiment using one factor.

If the Red color advertisement outperforms the Green color when looking at click thru %, then we would conclude that advertisements are a significant factor.

By limiting the levels at which factors are evaluated to only two, you have a lot more freedom in combining large numbers of factors in order to study them in big groups. Normally, when combining multiple factors for one experiment, the number of test runs that have to be performed grows at an exponential rate in accordance to the different states that are to be tested.

By keeping the number of states at two, you can get a much more predictable test run, and you’ll be able to increase the number of variables that you’re changing and testing in each experiment. This is because we need to run all combinations of all factor levels, so each additional level quickly multiplies the size of an experiment.

It’s important to note that the two-level factorial design doesn’t always work, as sometimes it’s not possible to keep the number of different levels to just two. This is perhaps most noticeable when you’re dealing with fuzzy logic, and if you need to test a parameter that can continuously change over some range, you may not be able to get away with just testing the upper and lower limits. In those cases, you may still be able to benefit from the two-level factorial design approach by changing that variable continuously, while treating everything else as a discrete binary value. You’ll still have a very large number of tests, but at least it will be a more manageable count.

Another important point to make about two-level factorial designs is that you may not always be able to test for all factors. This is usually the case when the number of factors is far too large to realistically include in any test set, but it could also happen as the model evolves over time and new requirements are introduced. In any case, it’s important to ensure that you’re at least covering the factors that matter the most for the current optimization run, and the ones that are ignored can be checked in a separate run later on.

Of course, this is not always possible, as sometimes those factors will be interconnected and you won’t be able to separately test them like that. But the two-level factorial design approach should at least allow you to minimize the number of runs necessary for the factors that you are interested in. After that, you can put more work into optimizing the actual list of factors and focusing your efforts in another direction if you have to.

Once you have reduced the number of factors, it makes more sense to study 3 and 4 levels of those important factors, in order to understand the detailed way in which they impact the process.

The two-level factorial design approach in experimentation is a great way to determine the optimal set of values for certain variables, but it has to be applied in a careful manner to avoid making some common mistakes. The most important thing to remember is to always look into optimizing the list of variables that are considered in each experimental run, and to work on changing that list if the model is modified over time. In cases where your model is evolving rapidly, this might have to happen quite often, and you’ll need to adapt to that idea.