I’ve written before that there are, at times, too many cooks in the kitchen.  In that article, I quantitatively show how the number of communication links grows exponentially as the number of team members grow.  This state of affairs adds tremendous burden to a system, as well as confusion, diffusion of responsibility and, most troubling of all, a lack of accountability: when everyone is in charge, then nobody is in charge.

Here is another representation of complexity in organizations.  This author 1 shows visually what decision making looks like: 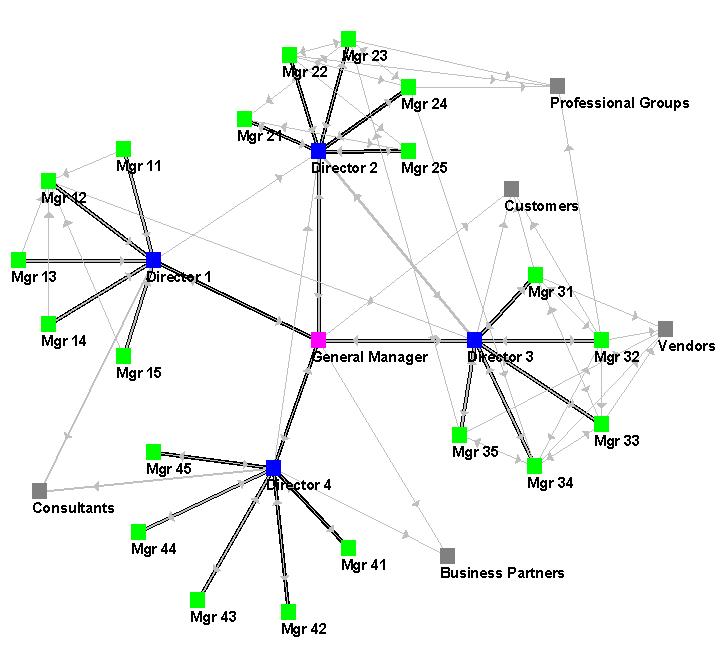 The arrows ( A => B) means that “A seeks B” and this visualization of decision making in organizations was obtained through user interviews and observation.  Other insights:

Who do you see as the most influential person[s] in shaping decisions in this organization?