What are the Principles of Lean Manufacturing?

Home » Business » What are the Principles of Lean Manufacturing? 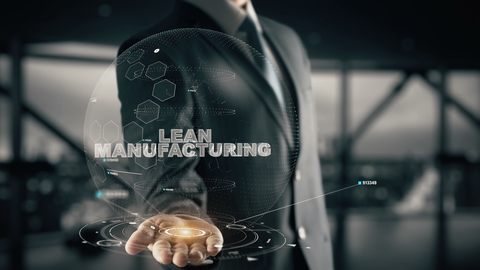 Lean manufacturing is all around us nowadays, and it’s hard to miss all the talks about it. Yet at the same time, people often find it hard to pinpoint the exact ideas behind lean, and even some experts in the field may find themselves confused if you brought this up with them. So, in the end, what exactly is lean manufacturing, what kinds of ideas is it based on, and why is it important in the modern world?

The core idea behind lean is to reduce the amount of waste created in the organization’s work, that is, harmful practices which lead to a decrease in productivity. There are many types of waste, and some are highly dependent on the specific industries they are relevant to, but the core concept is the same across the board waste refers to any practice which decreases the output of the organization and has a negative impact in the long run.

Sometimes waste is trickier to identify, and certain factors that seem productive can in fact contribute to its creation more than you’d expect. A common example are the constant meetings that some companies subject their employees to, a practice which has fallen out of use in some parts of the world but is still applied heavily in others.

Managers commonly believe that these meetings are boosting everyone’s productivity and involvement in the current project, but the case can often be the exact opposite if not enough care is taken when planning those events to ensure that they are actually necessary. Some companies have found that they can easily cut down the number of meetings they’re doing by more than half and still enjoy the same degree of productivity, in some cases an even better one.

Another idea that’s heavily emphasized in lean teachings is that you should always strive to keep things down to a bare necessary minimum. Don’t create unnecessary complexity, even in cases where you expect it to be useful in the future. In fact, this kind of premature optimization is one of the most harmful behaviors displayed by inexperienced managers, and it alone can severely drag down the performance of an organization and cause huge issues in the way it’s run.

Striving for simplicity can have some great benefits on the way the organization functions as a whole. People will be able to understand each individual system better, and they will be able to make more educated decisions for the development of those systems in the future when the time comes.

On the other hand, when a problem arises in any part of an organization designed with simplicity in mind, it’s often not hard to find its root cause and address it directly. When you have multiple layers of complexity stacked on top of each other, you often have to do a lot of backtracking to figure out exactly what went wrong in a specific situation, and by the time you’ve identified the problem, it may already be even more serious.

Where Did This All Start?

Lean can be traced back to Toyota, who laid the foundation for lean methodologies almost three decades ago. Since then, the area has seen lots of active developments from all over the world, and once everyone realized how useful it can be for simplifying processes of all kinds, work on it really took off and gained a proper pace.

Today, lean is one of the most actively studied methodologies, and it’s applied in many areas outside of manufacturing where it originated. You can even find it in places like software development, and we’re sure that given enough time, lean will pop up in even more areas of life in the future.

Understanding what lean is all about is one of the first steps you should take to improve your company as a serious leader. Once you’ve grasped the initial concepts, you’ll find that building on top of that foundation can be a very easy task, especially if you already have the appropriate mindset from the beginning that is, thinking in simplified, abstract ways, and always trying to dig down to the root cause of each problem you run into.