What Does an Effective PDCA Process Require?

Home » Business » What Does an Effective PDCA Process Require? 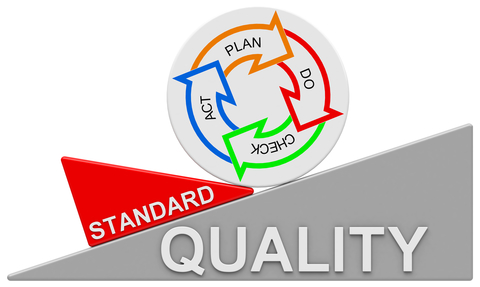 Plan-Do-Check-Act or PDCA for short is a system for continuous improvement which ensures that every production cycle for a company’s product results in measurable positive changes in the final output, and that the company is capable of adjusting their efforts in accordance with the product’s current state. It’s a simple system that can be implemented without much difficulty, and it can be applied to most companies’ workflow.

In order for your company to implement PDCA properly, it needs to meet several prerequisites, mostly related to the way it collects and organizes data, and how its different processes are measured. And of course, you need to have everyone on board with the implementation of PDCA, as even minor disagreements in the organization can lead to a complete failure in the application of PDCA.

Gathering the Right Kind of Data

At the root of a successful PDCA implementation, you’ll find a robust and flexible data collection and analysis system. It’s important that you’re capable of measuring and recording each relevant parameter of the units involved in the current production cycle, and that the data is stored in a standardized way that won’t make it obsolete when you introduce some changes in the measurement system later on.

When you’ve gone through a few iterations of the PDCA cycle, you’ll find that the whole organization is capable of making much better and more informed decisions in the planning stage. This, in turn, will reduce the amount of work required in the Do and Check stages, and of course, all of this will make the final part of the cycle significantly easier as well.

The way you’re analyzing this data will play a major role as well, as incorrect analysis methods can pollute the entire current PDCA cycle. For example, a momentary increase in market exposure may be the result of a successful change in the company’s marketing and branding strategy, but it could also be a random factor unrelated to your recent efforts. If your organization has appropriate analytical methods in place, this will spare you a lot of work in phases 3 and 4.

Aligning the Whole Company Towards a Common Goal

It’s also important that the organization as a whole works towards the goal of correctly applying PDCA. It’s a process that relies on input from everyone, and the better you’re able to involve your employees together, the better results you’re going to see as a whole. This applies particularly well to the planning stage the more input you have from everyone, the more adequate the organization’s decisions as a whole are going to be.

This also means that everyone must be mentally prepared for the possibility that a PDCA cycle will not run perfectly, and that the organization will have to repeat one or more of its stages or even the entire cycle. PDCA is a great system when applied correctly, but it does take a period of analysis (or a lot of preexisting experience) in order to make sound decisions with it. Those occasional failed cycles should be treated as major learning experiences, and they can probably contribute a lot to your data set as well, so don’t see them as a complete waste of time.

But as you can probably guess, not everyone in the organization will see things that way, and you’ll need to convince others that their work hasn’t gone to waste in those cases. Depending on the field your company operates in, this might sometimes be a challenging task if more work goes into a single cycle.

Implementing the PDCA process in an organization isn’t very complicated when the right prerequisites are met, and the system isn’t even that demanding in the first place for most companies. As long as your data collection and analysis processes are in order, and everyone is aligned towards the common goal of achieving a proper PDCA implementation, you should see success from the very first iteration of the process. After that, every iteration that follows will keep getting better and better as long as you draw the right conclusions from the previous ones.