What Is a Cardboard City?

Home » Lean Manufacturing » Visual Management » What Is a Cardboard City? 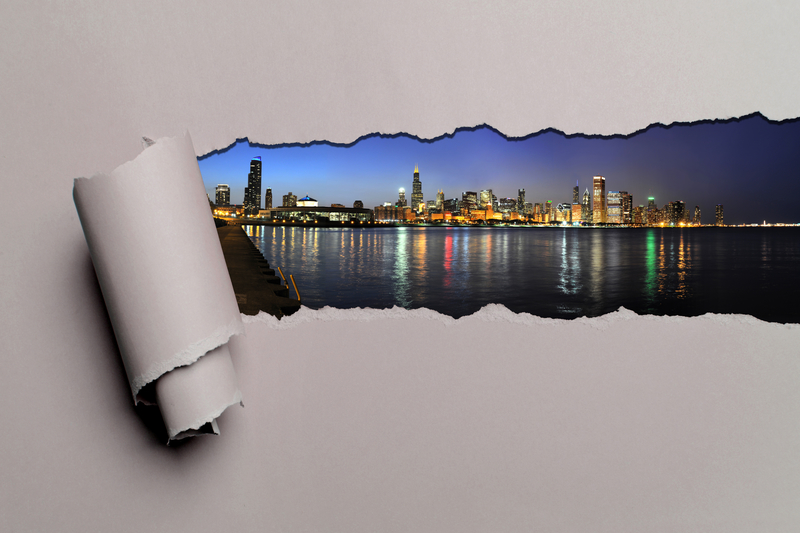 What Is a Cardboard City?

When designing large spaces, different issues can come up that can be caught early on in the design process, if it’s handled correctly. Various approaches have been developed to tackle this problem, and 3D renderings are often used to preview how the space is going to look, from the high-level design to the smaller details.

And yet, even modern technology can sometimes miss critical issues that other, more traditional methods are better suited for. Cardboard cities are a concept related to lean design and production, and they are larger (often full-scale) replicas of the space that’s being designed made out of cardboard and similar materials.

Benefits over other tools

A major advantage of cardboard cities over digital methods is that the customer (and designers, for that matter) can get a more hands-on preview of the final space. They will know what to expect from it in terms of features and details.

Cardboard cities are particularly useful for spotting usability problems, things that one only starts to think about once they’re actually walking through the space and getting a good feeling for it. Sitting down on a chair in a waiting room, and realizing that there is no power outlet nearby, is an actual real-life example of something that has been prevented with the use of cardboard cities.

The tool is good on its own merits, but it becomes even more powerful when combined with other types of analytical methods. Spreadsheets that cover information about the important features of each given room can serve as a great additional source of information.

When that data is evaluated by experts, in combination with their own observations from the cardboard city, interesting patterns often start to emerge. These relationships are not very easy to spot with the use of other methods for previewing a large physical space, making cardboard cities an invaluable tool in the modern world. 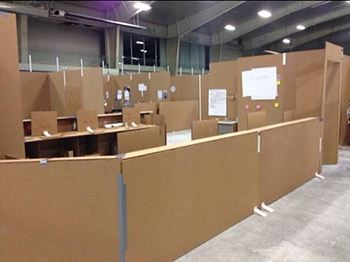 Of course, one should still not disregard the use of modern technology and 3D previews when developing larger spaces. Developing a cardboard city should not be mutually exclusive with other tools as we said above, they can even add to each other quite well.

Another great aspect of cardboard cities is that they are still somewhat young as a concept, and new improvements are constantly being made in that area. It’s not rare for a design using a cardboard city to come up with an innovative way to look at the data produced, making it a great field for those with a more research-oriented mindset.

An experience you can’t substitute

Above all though, cardboard cities provide something that no other method of previewing a 3D space can offer. The experience from the user’s perspective adds a lot to their final perception of the product. The fact that they’re getting a chance to take a walk through the space, before construction has even started, can create a much stronger sense of connection, adding to the satisfaction once the final layout has been finished.

This is one of the reasons why contemporary designers are flocking to the concept in large numbers, and why it will probably dominate the market for a long time to come. However, there are more practical reasons which can also be an attractive factor.

Design on a budget

When the team can’t afford to spend large amounts of money on complicated preview tools, a cardboard city can be a fantastic tool that can fit into any budget. The cost requirements are very low for most projects, even more complicated ones, and it’s also easy to implement for a variety of space layouts.

Of course, this is not a universal rule. Some types of designs will still require a larger investment, and more attention from the designer. But for the most part, using a cardboard city can allow the team and customers to get a very attractive preview of the final design, without having to worry about their expenses too much.

Making changes to the layout is also easy and inexpensive when using a cardboard city, as opposed to the complex procedures required with other types of previewing tools. This is a critical aspect to any lean design, as one must be able to accept changes to the requirements as they come in. To that end, cardboard cities can complement any design style quite well.

It’s never too late to jump on board the trend and explore the many reasons why cardboard cities are taking over the design world by storm. When combined with other lean design tools and methodologies, they can allow a team to complete projects at a lightning pace.