Where Should You Build a Distribution Center

There are several things to consider when thinking of expanding your supply chain distribution network for your warehousing and fulfillment functions. This post isn’t an attempt to answer that question because it really depends on your business, the profile of the products you sell, the geographic locations to which you ship and receive, and other items. Certainly, one way to determine where to build a distribution center is by using the Center of Gravity Method.

But one important factor in helping you decide where to build your next fulfillment center is actually not considered much, or is often ignored – that factor is this:

This factor is important because, depending on your customer profile, can be an indication of demand. For example, suppose you are a fulfillment center and your customers are primarily in the United States. This household migration data can indicate where the potential future demand for your products might come from – in other words, where you might be shipping to the majority of the time.

The data below shows the states migration patterns from 2001 to 2010. The result shows whether a state is mostly an “inbound” state or mostly an “outbound” state.

Below are the trends: 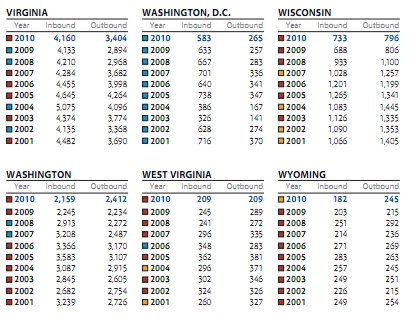 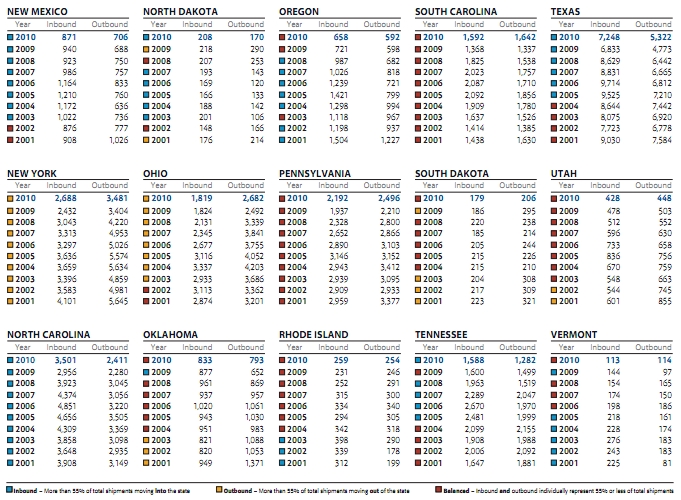 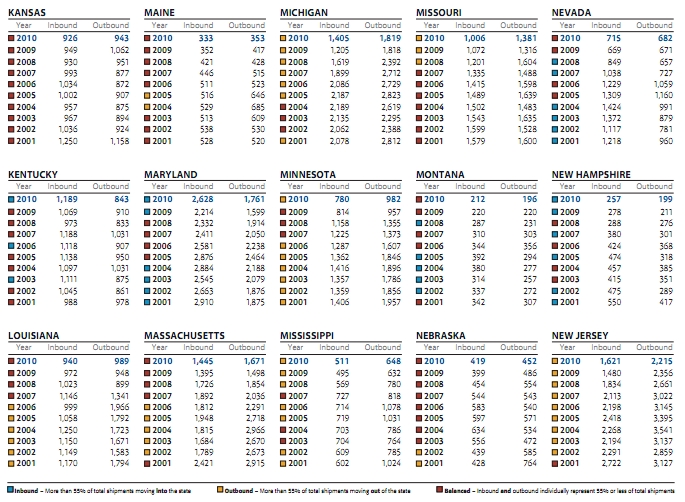 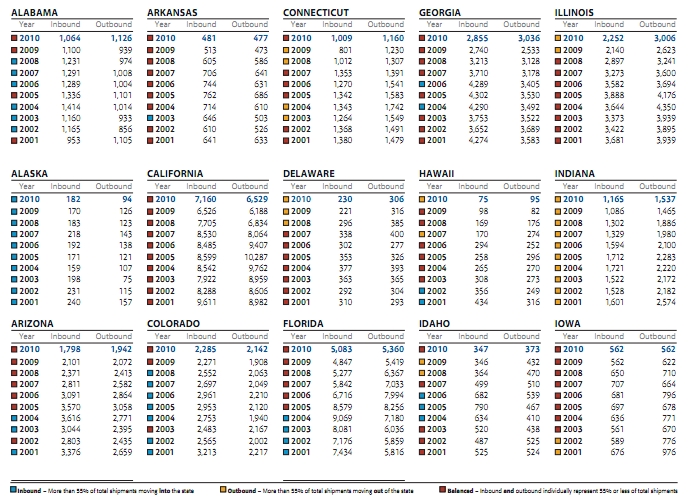 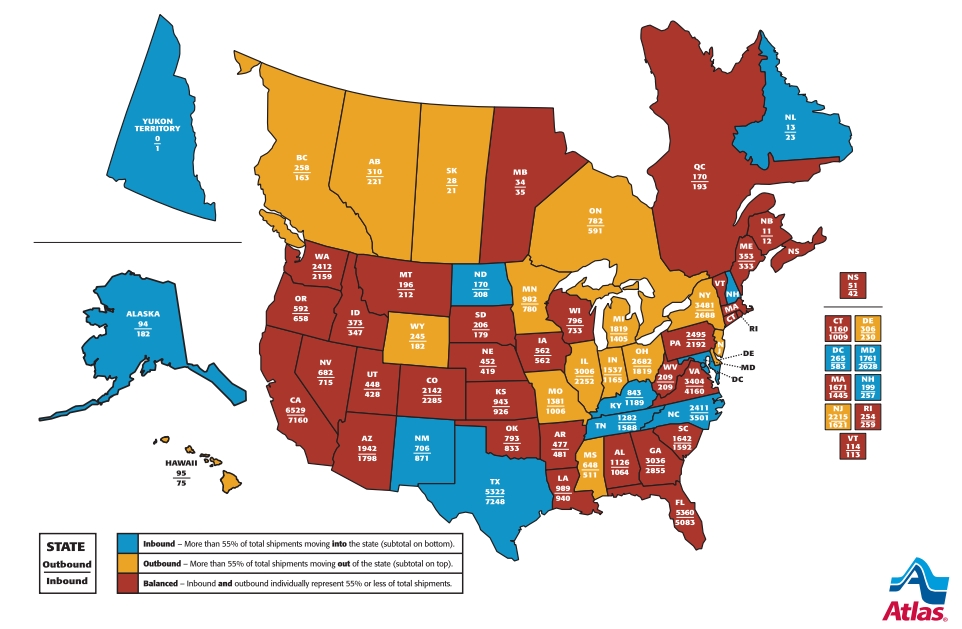