Richard Beckhard and His Contributions to Organization Development

Home » Business » Richard Beckhard and His Contributions to Organization Development 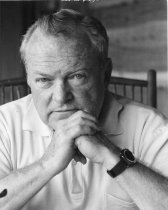 Richard Beckhard will forever be remembered as a pioneer in advocating changes in a systematic manner across large organizations. Change is an inherent property of evolution and holds true for organizations as well as people. Accepting changes by the latter is simpler because the scale is low. Organizations, on the other hand, are large and complex institutions with various departments working in tandem. To introduce change, one needs to balance all of these interactions to reduce shockwaves across the organization. Beckhard was one of the first few to actually introduce a system by which all organizations can embrace change to evolve in their vision and path.

Richard Beckhard was born around the same time World War I ended in New York City. As a young student, Richard never showed any inclination towards academics but was always open to learning new ways to do things. In the initial years of his life, he found work at a theatre where he performed as an actor.

Beckhard’s tryst with the entertainment industry continued well into World War II, where he was put in charge of both direction and production for the troops stationed in the Pacific. It was here that he observed how changes in the army were absorbed with little to no shockwaves across battalions. This piqued his interest in the study of changes in a systematic manner and minimize adverse effects if any.

His most noted work would be in collaboration with Professor Douglas McGregor in the 1950s where they came up with the famous theory termed as the Formula of Change.” Even though this had existed in some form or the other before him, Beckhard is largely credited with simplifying it so it could be socialized across large and complex organizations. He is also the founder of a unique model for organizational development, which is abbreviated to GRPI.

Beckhard is famous for his work in the development of the formula of change and GRPI. A change will always have resistance. It holds true for people and it holds true for organizations as well. Both of his contributions need to be looked at in a bit more detail to understand the impacts better.

Beckhard’s brilliance lay in collecting all these key tenets and coming up with a uniform structure by which changes could be introduced to an organization quite seamlessly and with low costs.

In conclusion, Beckhard is one of the most eminent contributors to the field of organization development. His brilliance in identifying key tenets hampering change in any organization can never be forgotten even though advancements in the field have been made since his time.