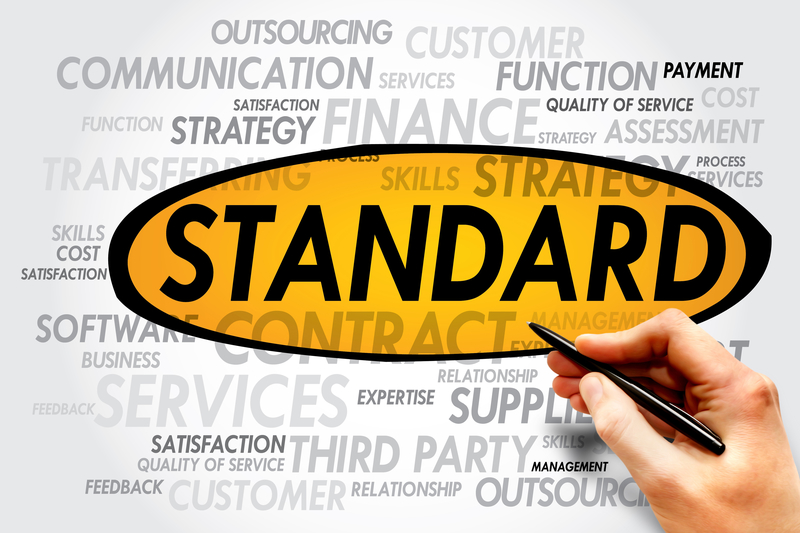 Standard work is a common practice used by many who apply lean and Six Sigma into their workflow, and it has many benefits that can be realized by pretty much every organization out there. It’s important to study the implications of standard work and consider its integration into your own company’s workflow if you want to remain as efficient as possible, as there are many ways that it can improve the overall capacity of the organization.

1. Better quality across the board

The most obvious positive effect of standard work is that it can lead to an improvement in the work quality in pretty much every aspect. It becomes easier to ensure that things match specifications correctly, and workers additionally know what results they should expect at every step of the process. That alone can be a huge benefit when it comes to controlling the final quality. Not only that, but standard work can also allow an organization to detect problems with its production much more efficiently, giving it an even greater degree of control over the final production quality.

Waste reduction is one of the most important topics in many modern organizations, as various companies are now dealing with significant issues with waste in their production flow. By following standardized work principles, waste can be reduced to an absolute minimum, as it will be eliminated in the initial planning stages before it even reaches any production point. This shifts the responsibility of waste elimination to designers rather than producers, which can often work out much better.

3. Defects are easy to identify and address

When the entire workflow is broken down into standardized pieces, it gets much easier to figure out when something has gone wrong, and what exactly it may be. Error detection is really simple in a typical standard work process if everything has been implemented correctly, and correcting the error afterwards is just a matter of following the right procedure. This can provide the organization with a much better degree of flexibility when it comes to resolving problems in the production line, while also making it more capable to scale up without worrying about any reduction in quality.

When you have a good idea of how much exactly every part of the process is expected to cost, this can give you much more freedom in planning the company’s budget and its next moves on the market. Of course, there will always be some deviations from the norm, especially when dealing with faulty equipment and other production issues, but for the most part, the company can expect to stabilize around a certain cost point for most of its projects. It’s also much easier to make changes to that budget later on when you treat the whole budget like a puzzle, with perfectly fitting and aligned pieces.

Bringing new people into the workforce is always a challenging ordeal for every organization, especially those that involve more complex procedures in their work. It’s not rare for companies to spend huge amounts of resources on training alone, and that can be quite the drain on their budget in the long run. Standard work allows an organization to integrate everyone into its work as easily as possible, without any hassle or hiccups along the way. When done right, it may even be possible to execute this with almost no human intervention required along the way, making the process for bringing new employees on board a very streamlined and efficient one. That can, in turn, make the company much more flexible in who it hires and how often that happens.

Standard work can bring a huge number of benefits to the table for any organization that implements it correctly, and it doesn’t take too long to get started with the process either. It’s something every responsible leader should look into as early as possible in the growth of their company, as adopting this methodology in the long run can be one of the easiest ways to reduce stress and mistakes across the organization as a whole.