Pete Abilla is the Founder of Shmula LLC. This website was launched in 2006 to share his experiences and knowledge to take on the following topics:

You can view all the articles on one page here.

I was born June 25, 1975 in Cebu City, Philippines. From the beginning, my life would be characterized by accelerated learning. Let me explain.

When I was six years old, I developed pneumonia. Not a big deal. But at about the same time, my dad died of a heart attack. And, 20 days later, our house burned down. I learned early on that life will throw you curve balls and how you respond will determine your destiny.

The Philippines and the United States had an agreement at the time, where Filipinos could join the American Navy. I have two older brothers who were master divers in the Philippines and they both joined the Navy. One joined the BUD/S program and the other became a medic. After a few years of being in the Navy, my brothers were able to petition my mom to come to America.

When I was nine years old, I came to America to join my mom. Those early years were tough. My mom worked as a secretary her whole life and being a single mom allowed me to learn empathy early on and to pitch in however I could. I learned to hustle at a young age.

Early Years as a Hustler

My first job was a small business I started where I watered plants for families in my neighborhood. Then, I moved on to looking for lost golf balls, cleaning them, and then selling them by the bag to the local golfers in my town. Then, throughout high school, I worked at KFC, where I worked my way up to become assistant manager when I was in the 11th grade. It was at that time where I also became addicted to the Colonel’s crispy chicken. Still am.

During this time, I also surfed and skateboarded – a lot. I was amateur sponsored by a skate company called Concrete Jungle, based in San Francisco. Those were fun times.

I was also blessed and fortunate to have been mentored by a very good Hindu friend who, at the time, was much older than me, but who saw my potential and also that I was a kid that needed a lot of help. I’m so blessed to have him as my friend and mentor.

During that year, I started studying with the missionaries from the Mormons (Church of Jesus Christ of Latter-day Saints). I loved what I heard and I was baptized the summer of my junior year in high school.

A Boy Goes on a Mission

After I graduated high school, I went on a Mormon Mission for 2 years in Cleveland Ohio, where I was sent to serve the Hispanic folks there, which meant I spent a lot of time with local gang bangers, helping them however I could.

While in Cleveland, my companion and I partnered with local churches in the area and started Midnight Basketball, which was a program to open up gyms late at night so the kids would have a place to go to stay out of trouble.

After returning home, I was lucky to marry my high school sweetheart. I had zero education; no job; no money. That didn’t matter. I started as a married freshman at Brigham Young University and graduated in 3 years in Philosophy and Math. By the time I graduated, my wife and I had 2 kids. I supported myself and my little family through school with zero help. I learned self-reliance from the school of hard Knox.

Went on to graduate school at The University of Chicago where I studied Computer Science, with an emphasis in Operations Research. Really enjoyed my time there and was fortunate to have attended such a good school. But, I eventually realized that my practical side was not aligned to Chicago’s theoretical bent. But still glad to have gone there.

I finished my Masters degree and by the time I graduated, we had our 3rd child. Again, I supported myself and my little family all through graduate school. Zero help.

While in graduate school, I was exposed to the Toyota Production System by accident. On my way to visit my professor for a meeting, I overheard a few administrators discussing a new partnership my school was forming with Toyota. That partnership would eventually be called the Toyota Technological Institute at The University of Chicago. That school would focus on theoretical computer science and be sponsored by Toyota.

I inquired and learned about Toyota’s innovation in digital object detection, machine learning, and in computational linguistics. And because my focus area was in Operations Research, I also learned about some of the modeling involved in what was totally unknown to me at the time – Kanban. That began my initial interest in the Toyota Production System. My education in Operations Research came to life when I saw and learned how those concepts were actually being put into practice at Toyota.

Besides a short stint at a marketing research consulting firm, I began my career at Amazon. There, I spent most of my time in the Supply Chain group. I loved my time at Amazon and learned a ton. I was fortunate to enter Amazon’s Six Sigma training program, which included visits to Toyota’s facility in Georgetown and Hebron Kentucky and included training from Toyota itself, primarily  from their Supply Parts Distribution group. That continued my initial spark of interest in the Toyota Production System and I became a lifelong student of Lean.

Since then, I’ve either consulted or worked at large, very well-known brands to improve how they operate.

All the while, I’ve also dabbled in entrepreneurship. I’ve launched several websites and have successfully sold them for good sums of money.

This is my wonderful family. I’m really, really lucky to be that hot girl’s husband and to be the dad of such awesome kids. 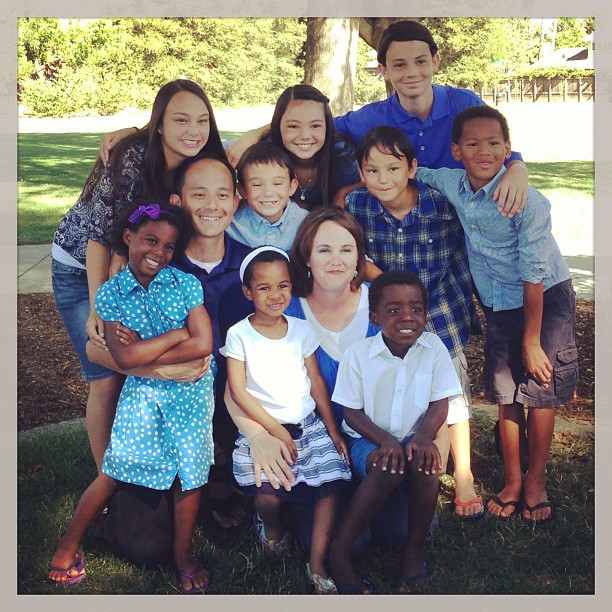 I started this blog on March 26, 2006 mainly as a hobby and as an outlet for my overly-busy mind.  Over time, it has thankfully turned into a well-visited hub consisting of a healthy community of like-minded people.  Thanks for reading, contributing, and for your attention.

Update 2016: The site is now run by Lean and Six Sigma consultants who provide customer support to serve you. If you have general questions about the site, you can reach us at the Contact page, where someone from the Shmula team will get back in touch with you.