Applying the Theory of Constraints to Healthcare

Home » Business » Applying the Theory of Constraints to Healthcare 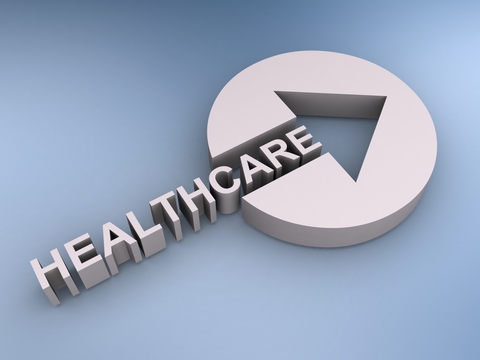 The theory of constraints (TOC) is a methodology that seeks to maximize the potential of any system by investigating its constraints, and figuring out the critical ones. From there, the system can be safely expanded in directions where the constraints are not at their limit yet, allowing the company to move forward towards improved productivity while remaining within safe margins. It shouldn’t be surprising that TOC finds active use in the healthcare sector, and there are various real-world examples of how it has helped transform a facility into a more productive and organized one.

By far one of the biggest problems for healthcare facilities of any scale is the rate at which they can service their patients. It’s not rare for waiting times to extend beyond one hour even with an appointment, and this continues to be a major issue with various clinics and hospitals. When you look at this problem as a situation with constraints, it becomes clear that TOC can be a powerful tool for addressing it.

There are real case studies where TOC has been applied to reduce the waiting times at healthcare facilities, and it’s pretty much universally a great success. Sometimes the reductions aren’t that significant, but this usually indicates the facility was already handling its workload efficiently to begin with. In other cases, a very sharp reduction in waiting times can be observed, with a large number of new patient slots opening up for each available day.

Of course, the theory of constraints is not a magic wand in these situations, and it still relies on your ability to accurately identify the constraints that are preventing the facility from handling more patients. When you’re working with more physicians in a larger facility, it can become a lot trickier to coordinate things in an efficient manner.

Responding to an emergency situation usually follows a strict checklist that varies according to the exact nature of the emergency. In all cases, the points of that list are important and it makes sense to follow them strictly, but there are situations where a lot of time is wasted on procedures that are ultimately fruitless and can be safely trimmed from the checklist.

However, those cases are not always that apparent, especially to overburdened healthcare professionals working under pressure and tight deadlines. A careful evaluation of the checklist that has to be followed in a situation like this may reveal certain constraints that are far below their ideal values, allowing the facility to improve its ability to handle those situations at a faster rate.

It’s still important to maintain a sharp focus on patient safety in all situations though, especially when it comes to an emergency. That’s why it’s usually a good idea to apply TOC in several steps when trying to improve emergency response rates, instead of making multiple drastic changes all at once. That way, you can safely roll the system back in case you encounter new problems, and you can go back to the drawing board to look for alternative solutions that you may have missed before.

It’s also a good idea to communicate your intentions with the physicians who’re going to be affected as best as possible, otherwise they might feel like the pressure on them is increasing for no good reason. This is a field that already suffers from a problem with this quite a lot, so don’t make things even worse.

The theory of constraints can be a very powerful tool for transforming the workflow at a healthcare facility and ensuring that things run much more smoothly and without any unnecessary interruptions or wasted time. However, it has to be applied carefully and in a controlled manner to guarantee that the safety of patients is not compromised at any step of the way, and that things remain in reasonable margins.