Death By a Thousand Cuts

Lean Prevents Death by a Thousand Cuts because Lean manufacturing is the approach of many small improvements over a long period of time.

Lean Thinking advocates the participation of many in continuous improvement, over the long term. Indeed, we improve by Kaizen. This approach is sometimes described as “a thousand small rocks” as opposed to organizations that only focus on a “few big rocks”.

Similarly, most organizations don’t begin their descent into mediocrity through large, swooping, events. Rather, organizations begin their journey toward failure through many, many small decisions made over a long period of time.

This is sometimes called “death by a thousand cuts”. 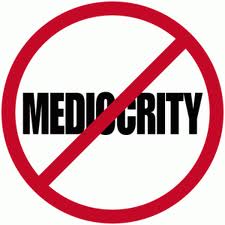 Yes, the cliche “a small hole can sink a big ship” speaks true to our common sense though we might not want to admit it.

A Culture is Built Daily

Similarly, a culture is not created by any single event – true, a culture might be influenced by, but usually not created by a singular event. Indeed, over time, those many and seemingly insignificant choices made by those in the organization is what later sets it apart from others – it’s culture.

Super Sweaty and The Small Stuff

Yes, sweat the small stuff. For those little things can either

How are you going to treat the small things today?