Infographic: A Timeline of the Six Sigma Evolution

Do you know the evolution of Six Sigma? From the introduction of the uniformity system by Eli Whitney in 1798, the early predecessor of the modern assembly line, to Henry Ford and his automobile assembly line to William Smith in 1986 creating the term Six Sigma and becoming the father of Six Sigma, the practice has a rich history.

Shmula Pro members can watch the History of Six Sigma and Lean video for more information. In this video, we go through the various contributors of Six Sigma, their contribution, and why it’s important in the practice of modern Six Sigma. We also go into the history of the Toyota Production System and how the term “lean” was coined. Video is 7:36 long.

Download this Evolution of Six Sigma infographic and learn more about our practice. 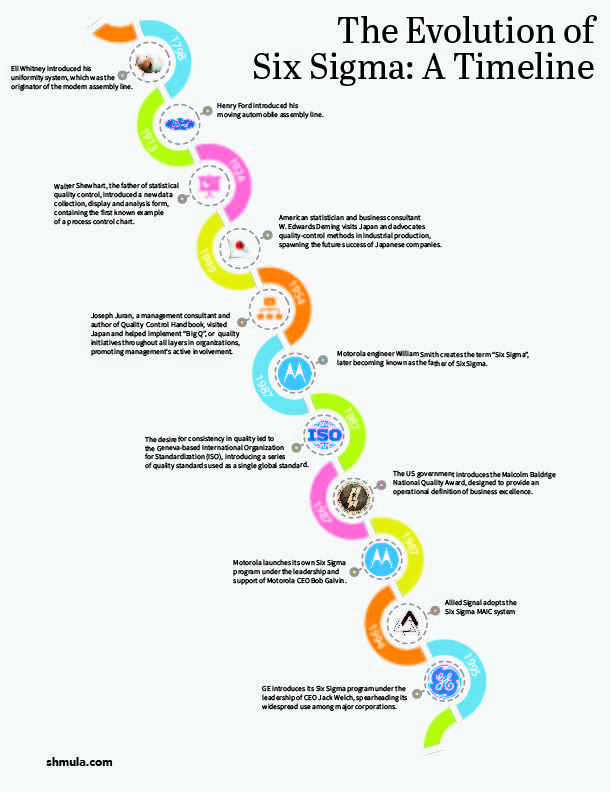