Is Our Company Ready for a Lean Transformation?

Home » Business » Is Our Company Ready for a Lean Transformation? 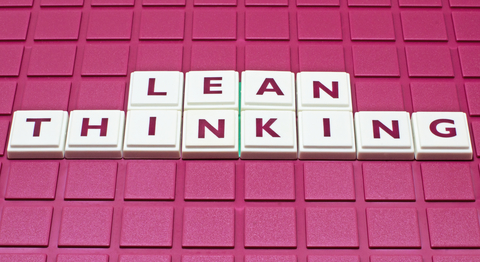 Once you’ve discovered the benefits of lean business, the next logical step is applying those methodologies to your own organization. In some cases that’s a smooth and practically seamless process that takes very little time, as the whole organization finds it easy to adjust to the new ideas.

On the other hand, you may not always be so lucky in some organizations, lean is not simply hard to implement, it can even be met with active resistance from members with a more outdated view about the way business should be handled.

A New Way of Thinking

Depending on the way things are currently being done, some parts of your organization may have a huge transformation ahead of them. In some cases, we’re talking about a completely new way of thinking that could be quite foreign to some people, especially those that have been in the field for a long time and are already used to older methods of achieving goals.

You’ll want to introduce the new ideas as gently as possible, paying a lot of attention to negative responses and taking criticisms into account. You’ll probably end up having to defend the benefits of lean to a lot of people, but thankfully, it’s not that hard to find plenty of example cases where lean has produced great results in all sorts of industries.

In fact, you should probably approach those meetings prepared with this kind of information. This might sound a little like you’re leading a battle, and the truth is that it does share some similarities with that idea. But in the end, this is for the better of your whole organization, and it’s something that can help secure a bright future for it.

If your organization is larger, or if you’re met with more resistance in your attempts to implement lean, you may want to do this area by area, introducing the new methodologies to separate parts of your company one by one. This will not only allow you to control the process better, but it will also give you the benefit of other parts of the organization seeing the results firsthand, and having a chance to realize that lean is right for them on their own.

Once you’ve successfully converted some parts of the organization to work with lean methodologies, you may want to revisit those earlier meetings where you were met with hostile reactions. Now you’ll have an even better use case to demonstrate and use as your argument, that of your own company. It’s hard to argue with results that are right in front of you, especially when you have access to all numbers and can easily make an even stronger case.

It’s still important to remember that this is your organization, and you’re all supposed to be working as a whole. This means that, despite the impression that you might have gotten so far, it’s actually important to approach all of this with a level head and the ability to understand others. You don’t want to be seen as a demon taking away the old methods of work for no real reason you must make it absolutely clear that this is for the better of the entire organization, and that you’re ready to listen to any valid criticisms that people might have about the situation.

And of course, don’t just say that actually follow up on it. Hold some sessions where people can openly criticize the way things are going right now, and give everyone a chance to vent their frustration. Often, people will realize that their problems are not that valid before even speaking out about them, and you won’t even have to argue about anything.

It can take some time to integrate lean into an organization, especially one that already has deep roots in other ways of solving problems. Once you’ve gotten over the initial barrier of communication and have been able to reach your coworkers on a good level, things will likely start running much more smoothly, and the final parts leading up to the end of the transition should be pretty easy to handle.