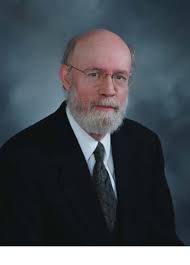 Dr. James P. Womack was born on July 27, 1948. His dreams are the reason behind his successful career. He decided to leave Arkansas, the place where his family was living from 1820, after completing his high school. Cars and speed were always a source of fascination for James, so he decided to pursue his passion as his career and focused his studies on the urban transportation system. He relocated to Chicago and obtained his undergraduate degree from the University of Chicago. Living his passion, he went to Harvard to pursue his Masters in transportations systems, followed by a Doctorate at MIT in political science in 1982 (His dissertation was on the theme of industrial policy comparison among U.S., Japan, and Germany).

During the period 1975-1991, he was associated as a full-time research scientist at MIT and directed a series of comparative studies of manufacturing practices around the world. He was the Chief Researcher and project director for a project that led to the publication of The Urban Transportation System: Politics and Policy Innovation in 1978 by Alan Altshuler with Dr. Womack and John R. Pucher.

While serving as the research director of MIT’s International Motor Vehicle Program, he led the research team which coined the term lean production to describe the business system of Toyota.

Introduction of Lean to Manufacturing: Lean Thinking is a design philosophy and approach which was pioneered by Toyota after the Second World War. James Womack and Dan Jones in their book Lean Thinking which was published in 1996, defined the way to reorganize the provision of goods and services, different from the concept of mass production’ given by Henry Ford and called it lean production’. In 1990, Dr. Womack and co-authors Daniel T. Jones and Daniel Roos also published The Machine That Changed the World. The original manuscript had an academic title which was later changed by the editor Eleanor Rawson. She proposed this title to James but he objected stating that no machine has been discussed in the entire book. But Eleanor was unfaded and confident that the proposed title will still sell. It became one of the most influential books on manufacturing ever published. Dr. Womack has also been the author or co-author of several subsequent business books on quality, including Lean Thinking, Lean Solutions, Seeing the Whole and Gemba Walks, and he has also written more than 150 articles.

Establishment of the Lean Enterprise Institute: In 1997, the Lean Enterprise Institute was established by Dr. Womack. LEI is a nonprofit organization responsible for education, publishing, research, and organizing conferences. The Institute is responsible for developing hypotheses and performing real-world experiments in real-world manufacturing plants to observe if the hypotheses are accepted or rejected. The goal is simple: to make the things better. Though Dr. Womack was the Chairman and CEO of LEI till 2010, he still continues to render his services as a senior advisor. In 2007, a Lean Global Network of 23 other nonprofit institutes with the same mission was started around the world by LEI. They led emphasis on the importance of thinking out of the box and going beyond the immediate and predictable boundaries of the firm and looking at the holistic perspective i.e. entire set of activities required for producing the desired product or service.

Conclusions: The influence of lean principles and Dr. Womack on manufacturing is unmatched.  While some key-persons associated with the manufacturing sector view lean as a methodology of inventory management, Dr. Womack considers it a management philosophy. Lean’s primary aim is to create more value for customers by devising ways for employees, suppliers, and customers to work together effectively and creating more satisfying work for everyone.

Dr. Womack is still associated with MIT and the world of manufacturing as well as the automotive industry. He is currently working on developing a project that involves hyper-connectivity, asset sharing, and alternative energy.