It’s been a while now since I was employed at Amazon.com, but I still greatly admire Jeff Bezos and Amazon.  Culturally, it was hands-down the most brutal and cut-throat environment, but one that really brought out the best in you — not from a people or relationship perspective, but from an innovation and business-thinking perspective.  Indeed, the cut-throat culture invited very heated debates and some bridges would be burned along the way, but the next day people move on.  This month’s interview on Harvard Business Review underscores my point and also shares Bezos’ views on Lean and Six Sigma (I can personally share many stories on this topic at Amazon…).  Much is also said about how Amazon follows the Start with the Customer and then Work Backwards model, which I’ve also spoken about much on this blog.  The article is a good read.  Here’s what Bezos specifically says about Lean and Six Sigma and defect reduction:

As the business grew and moved into new areas, you must have felt challenged to keep up on a personal level. What have you had to learn along the way?

Something we haven’t talked about, but that is super important in our culture, is the focus on defect reduction and execution.  It’s one of the reasons that we have been successful for customers.  That is something I had to learn about.

That’s not your natural strength?

Well, by learn I mean I literally learned a bunch of techniques, like Six Sigma and lean manufacturing and other incredibly useful approaches. I’m very detail oriented by nature, so I have the right instincts to be an acceptable operator, but I didn’t have the tools to create repeatable processes and to know where those processes made sense. Before I started Amazon, I was with a quantitative hedge fund. That work is very disciplined and very analytical, but it’s not a question of designing a repeatable process. It’s not like a car-manufacturing plant, where the work has to be done in a defect-free way, in the same way over and over and over”or anyway, that piece of it is not as important. But here, that execution focus is a big factor, and you can see it in our financial metrics over the past ten years. It’s very obvious when, for instance, we look at the number of customer contacts per unit sold. Our customers don’t contact us unless something’s wrong, so we want that number to move down”and it has gone down every year for 12 years. That’s big-time process management. We try to implement those kinds of processes in various places. They’re most naturally applied in our fulfillment centers and in customer service and so on, but we’ve actually found that they can be useful in a bunch of different things.

When you are inexperienced with disciplined process management, you initially think that it’s equivalent to bureaucracy. But effective process is not bureaucracy. Bureaucracy is senseless processing”and we’ve had some of that, too.

Because of Amazon’s intense secrecy, people do not understand how engrained Lean and Six Sigma is in the Amazon culture — and, not just in Operations, Supply Chain, or Fulfillment, but in almost all areas of Amazon.  While they are far from perfect, I sure learned a lot while I was there and I continue to be an admirer of Jeff Bezos. 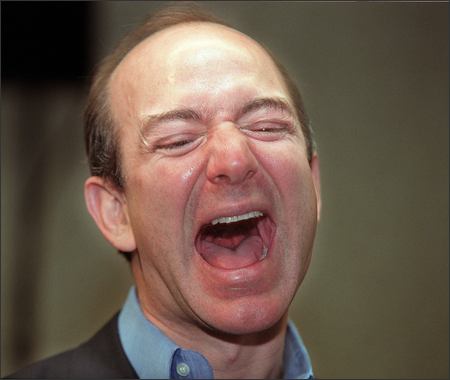