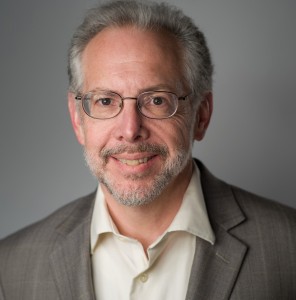 I’m so grateful that we’ve queued up some excellent guests for our Lean Leadership series.

We are quite pleased to have Dr. Jeffrey Liker speak with us today. If you all turn your eyes to your bookshelves, I’m sure you will likely find a few books for which Dr. Liker has authored – when you think of lean manufacturing resources, he’s usually up there.. He has helped to bring to a general audience Lean Manufacturing and has gone on to help countless of companies adopt the Toyota Production System in their own operations. We’re very excited that Dr. Liker chose to spend some of his time answering our questions.

In this interview, you’ll learn:

Enjoy the interview and read more about Dr. Liker immediately after.

Hi Dr. Liker, and thanks for taking the time to speak to my audience. Could you please introduce yourself and your work to my readers?

I have been a Professor of Industrial and Operations Engineering at the University of Michigan for over 30 years. From the beginning of arriving at Michigan I began studying US-Japan differences in the auto industry. That led to focusing on Toyota as I came to admire their exceptional culture of continuous improvement which led to my 2004 book The Toyota Way. Since then I have published eight other books about Toyota and lean management. I also have a consulting firm and we have consulted to or trained hundreds of organizations over the years.

What got you started in your Lean journey? Can you point to a specific time or event that led you to a lifelong study of the Toyota Production System?

It was the opportunity to join a very large US-Japan auto study when I arrived as an assistant professor at UM. Before then I had no particular interest in Japanese manufacturing and new little about Toyota. I found Japan fascinating and the more I learned about Toyota from visits and interviews the more I realized how special they were. That led to a passion to learn more and more from them and learn from applying the concepts to other organizations that has carried me through the last thirty years.

Can you tell us about your current research and what you’ve been working on?

I am not sure that research is the right term. For many years I was expected to do research and publish in academic journals to get tenure and promotion at the University of Michigan. I published over 60 peer-reviewed journal articles and dozens of book chapters, many with my doctoral students. By the time I wrote The Toyota Way I was more interested in reaching a general audience then an academic audience.

Research shifted from large scale surveys and case studies based on structured interviews to a less structured approach of going and seeing and asking people a lot of questions. In books for a general audience I write what I believe, with case examples and direct quotes, but I do not feel the same need to justify each statement I make with citations to publications or with statistics. It is quite liberating to be able to write what I have come to believe and focus on writing in an engaging way, rather then writing more dry scientific articles.

For the last five years I have been quite focused on how to develop lean leadership because my experience is that makes the difference between sustainable improvement and one off lean projects that eventually go back to the prior non-lean state. My most recent book is called: Developing Lean Leaders at All Levels: A practical guide. It is a practical guidebook companion for The Toyota Way to Lean Leadership.

You’re the author of several books that are staples in many people’s bookshelves. While your books have added a ton of value to the collective knowledge of the Toyota Production System, are there any unintended consequences that you’ve observed? Do any of them bother you, why or why not?

If you do anything in this world there will be unintended consequences. Give a gun to one person and they defend themselves and another commits murder. Give a book about the Toyota Way to one person and they take in the core concepts and it begins to positively influence their thinking, while another person gets mad because they think it is Toyota worship, and a third person takes away a few ideas for tools and misses the core philosophy. It always can be frustrating to try to communicate something you are passionate about because it will always be misunderstood by some.

On the other hand it is incredibly gratifying when someone gets it. I get notes from people who have applied what they learned in the Toyota Way on their own to their company’s and done really innovative things with great results. I meet people when I speak who bring a copy of The Toyota Way Field book filled with post-it notes and highlighted text who say something like: This is my bible for lean application. I have read it cover to cover four times and constantly refer to it to guide my work. As far as I know my books have not been used to murder anyone.

Let’s talk about your watershed book, The Toyota Way, 2004. This, of course, is not to be confused with the internal booklet that made its rounds at Toyota in 2001 also called The Toyota Way (April 2001), also called the Green Book. I have to be honest – I actually hadn’t heard of the elusive 2001 Green Book until years after I had left Toyota. Have you read the Green Book? What are your thoughts on it?

I had a copy of the Toyota’s green book from 2001 when I wrote my book, The Toyota Way. There version is more of a long pamphlet then a book in the usual sense. It begins with the model of the house with the pillars of respect for people (broken down into foundational elements of respect and teamwork) and continuous improvement (broken down to challenge, kaizen, and genchi gembutsu). Then for each of the five foundational values they describe it briefly with sub principles and provide historical quotes from past executives.

I found it very inspirational and it helped me develop my model and principles. In my book in show my 4P model with their 5 principles as they line up in relation to my model. Toyota also came out with a version for sales and one for supply chain. It works for them internally to communicate the image and values and they had a course with practice activities to teach the principles. That immediately led to a methodology to put the Toyota Way into practice which they call Toyota Business Practices”an eight step improvement methodology. Everyone has to go through the training which includes a lengthy project with a coach. The training is very rigorous.

You’ve accomplished much in your career and have added much value to the collective knowledge of the Toyota Production System. Having said that, what is it you are still trying to learn and improve on?

I have been working closely with my former student Mike Rother, mostly learning, about his methodology and philosophy in Toyota Kata. I believe the kata approach is very practical and powerful for developing the routines necessary to systematically approach improvement. I have had a lot of heated debates with Mike as he has contradicted some accepted truth in lean like his method does not include finding the root cause and he believes A3 reports can mislead people into thinking they are using a systematic improvement process when they are not.

As we worked through those discussions I have come to appreciate his viewpoints. I have adopted the improvement kata and coaching kata for my graduate level course on lean at UM. I have incorporated a lot of his ideas, and slides, in my training and consulting work. I think he is the first to break down lean into practice routines to develop high levels of skill in systematic improvement.

When I learned the A3, I actually was coached on it by means of what Rother now calls Kata. From what I remember, Root Cause Analysis may be included if the countermeasure wasn’t obvious. If it was obvious, then there was no need. Am I missing something?

The way real experts in Toyota coach you through A3 is similar to the improvement and coaching kata. That is correct. What Mike Rother noticed is that outside Toyota it was rare someone was coached with that rigor when doing an A3 report. Without the strong culture and expertise inside Toyota he asked how can we get people to follow a similarly rigorous process for practicing and being socialized into the routines for improvement. He concluded a more detailed methodology was needed that laid out the process explicitly. That is the reason for the kata he has painstakingly developed.

As you break down lean into its constituent pieces it comes down to Toyota’s internal model which has only two pillars”continuous improvement and respect for people. All of the tools of lean are only valuable if they help support these two pillars. In some ways you can argue that the concepts of engaging people in improvement and treating them with respect do not require a special name like lean.

But I do believe there is a philosophy and system that Toyota has evolved through decades of learning that is different from usual management concepts of leadership, engagement, and performance improvement. They have demonstrated the power of a system designed for learning and adaptation. I would advice really working hard to understand what we mean by systems thinking. Going back to Dr. Deming as well as Peter Senge can help.

Dr. Jeffrey K. Liker is Professor of Industrial and Operations Engineering at the University of Michigan, owner of Liker Lean Advisors, LLC, Partner in The Toyota Way Academy, and Partner in Lean Leadership Institute.

Dr. Liker has authored or co-authored over 75 articles and book chapters and eleven books.

He is author of the international best-seller, The Toyota Way: 14 Management Principles from the World’s Greatest Manufacturer, McGraw-Hill, 2004 which speaks to the underlying philosophy and principles that drive Toyota’s quality and efficiency-obsessed culture.

The companion (with David Meier) The Toyota Way Fieldbook, McGraw Hill, 2005 details how companies can learn from the Toyota Way principles.

His book with Jim Morgan, The Toyota Product Development System, Productivity Press, 2006, is the first that details the product development side of Toyota.

His articles and books have won eleven Shingo Prizes for Research Excellence and The Toyota Way also won the 2005 Institute of Industrial Engineers Book of the Year Award and 2007 Sloan Industry Studies Book of the Year. In 2012 he was inducted into the Association of Manufacturing Excellence Hall of Fame. He is a frequent keynote speaker and consultant. Recent clients include Caterpillar, Applied Materials, Siemens, Dover Industries, Kraft-Oscar Meyer, Alcatel-Lucent, Hertz, Solar Turbine, Art Van Furniture and Henry Ford Health Systems.