Motorola (MOT), the inventor of Six Sigma, is in big trouble. Even though it invented Six Sigma, this is a clear example that shows how Lean or Six Sigma are not a cure-all for corporate woes, but that good leadership and a winning strategy are key in a competitive world — Lean or Six Sigma is necessary, but not sufficient.

The Art of Exclusion

Michael Porter (Porter’s Five Forces and SWOT Analysis) argues — I believe correctly –, in his seminal work, What is Strategy, that Operational Excellence is necessary but not sufficient. What is needed — even still and always — is a winning strategy. In his article, he argues that the essence of strategy consist of two related propositions: 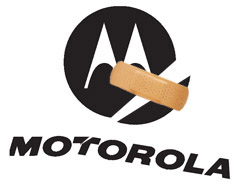 Regarding (1), Porter argues that, regarding (1), the firm must choose a position — one that sets the firm apart from its competitors; a position that makes the firm and its products or services uniquely and competitively different and leads to a sustainable and profitable competitive advantage. Porter then claims that an important aspect of strategy is deciding what NOT to do — the art of exclusion.

Regarding (2), a firm will undoubtedly engage in activities that are similar than the competition. For example, take a traditional internet retailer — a firm in that space will usually have a front-end store and a fulfillment back-end. To set the firm apart on similar activities from its competitors requires that the firm perform those activities better — with better quality, lower costs, with better service, and deliver quicker than the competition.

Deploying a Lean or Six Sigma culture within your firm is essentially an activity borne from (2) — but it is not a panacea; by itself, a culture of Operational Excellence will find itself lacking in a hyper-competitive world.

While Motorola might remain one of the hallmarks of Operational Excellence, it has, over the years, essentially failed to engage in activities that are uniquely and competitively different than the competition. Speaking as an outsider, it appears that Motorola has continued to run an efficient business, producing products and services with few defects and delivering on-time, but products and services in a market that has changed to demand less and less of Motorola products, in favor of competitors products, such as the Apple (AAPL) iPhone.

The Need for Leadership

The theme, I see, with most corporate problems, overwhelmingly points to Leadership. The OPPOSITE of long-term thinking, inspiring, visionary, humane, collaborative, reflective, selfless, nurturing, interested, responsible, and mobilizing is what seems to be what most companies elevate to the Chief Executive position.

Gary Convis was recently brought in to be the CEO of Dana Corporation (DAN), an $8.7 Billion manufacturer of auto parts. Convis is a 40 year veteran of the auto industry and a former executive at Toyota. Dana Corporation is a struggling giant, currently in bankruptcy. When asked what words of wisdom he has to impart to his new team members at Dana Corporation, he said this:

manage as if you have no power

For me, that statement elegantly summarizes the the essence of Leadership — the type of Leadership that is capable of satisfying both (1) and (2) above.