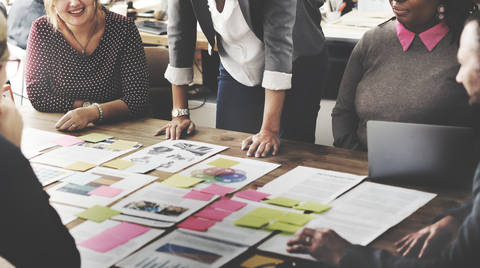 A project charter is an integral part of setting up and starting a major new project in any serious organization, and you will need to familiarize yourself with the basic concepts behind it if you want to be an able and well-informed leader. A project charter can basically be described as a combination between a contract and a project roadmap, and it gives everyone reassurance that the project will be executed according to certain criteria, while on the other hand the responsible people will be compensated accordingly.

It’s also important to have a well-developed project charter when there is a need to justify the existence of a project in the first place, and it serves as a legal reassurance about things like the planned timeline and other factors related to the execution.

What Should a Project Charter Contain?

Like regular contracts, project charters don’t have a rigidly defined structure and they tend to be drawn up on an individual basis for each new case. There are, however, pre-made templates out there that can serve as a solid foundation for the development of a good project charter, and they tend to share a few common elements:

As we said above, a project charter is a flexible document, and it can include many other details, such as listing the relevant stakeholders, specifying how communication should be carried out, and assigning other responsibilities to the company, the client, or both.

Modifying a Project Charter for Your Own Needs

With that in mind, you don’t always have to follow the above template and its four points for every project in your organization. In fact, if you’re able to minimize the project charter in a meaningful way, definitely do so, as fewer complications translate to fewer opportunities for misunderstanding between you and the client.

It may also be important to specify certain constraints on the relationship between the company and client in the long term, even after the project has been completed. This is relevant in certain cases where you’ll be expected to provide post-release support, so make sure that the expectations in this regard are outlined clearly and there is no room for misunderstanding.

Writing up a proper project charter and adapting it to each new venture your company goes through is a critical task that will allow you to focus on the important parts of that project as closely as possible. Remove all opportunity for miscommunication and ensure that everyone is on the same page, and the rest will pretty much flow on its own without the need for complex control procedures that drive the project. And once you’ve set up a project charter for your own company a few times, you’ll realize that it’s not really all that complicated, even compared to something like a corporate contract.