Due to an overly-busy life, I forgot to apply for a social security card for my youngest daughter, the baby. She’s 1.5 years and so I thought I probably should just grin and bear it and head over to our local social security office.

PS: Go here if you’re interested in other articles on Queueing Theory.

When we got to the social security office, it was crowded. Then, right by the front door was a machine where one could get a ticket. Mine is below: 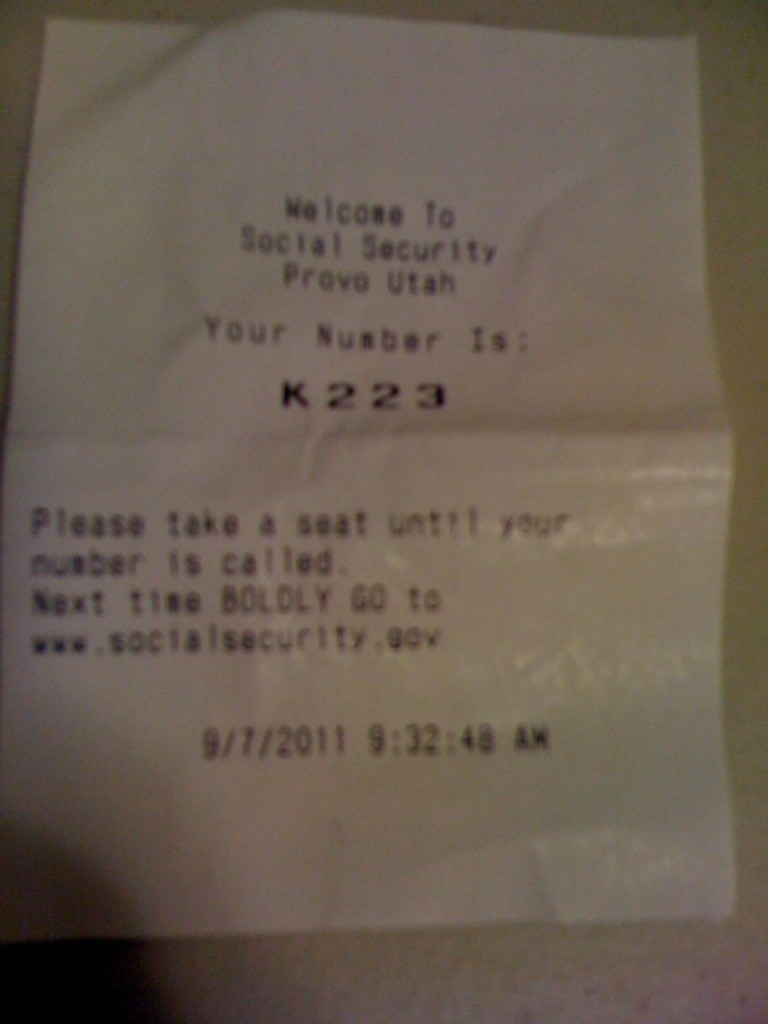 The ticket I got was K223. I asked one of the people waiting what number was just called and she said K211. Not bad. So, I decided to wait.

Based on my ticket, I knew that I was 11 people away from getting served. So, I made sure that I was aware and alert of the numbers being called. This tactic in queueing satisfies one of the principles in the Psychology of Queueing; namely,

It turns out that “K” was for new social security cards and there was a different ticketing and numbering system for other services, such as social security disability and business licenses.

So, while the ticketing system satisfied one principle in the psychology of queueing, it violated another; namely,

To some degree, the two different numbering and ticketing schemes added confusion for me. Eventually, I got used to hearing two different ticketing numbers and after 40 minutes, it was finally our time to be served.