Successful Implementations of Six Sigma in the Modern Tech World 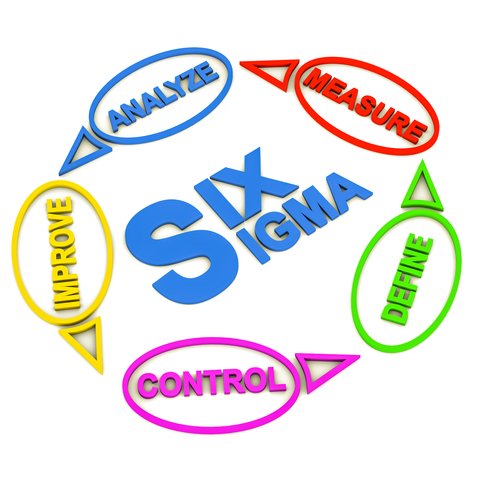 Six Sigma is commonly associated with manufacturing and similar areas of the heavy industry, but the truth is that it has an application in many other fields, and it’s already enjoying a lot of success and attention in some of them. The tech industry is a particularly attractive field for those who want to experiment with some bolder approaches to Six Sigma, and there are many examples of it out there for those interested in seeing it in action.

How well has Six Sigma actually managed to be of use in a sector as rapidly evolving and dynamic as the tech world? It turns out that some of the core aspects of lean methodologies work very well in this sector, and we’re hoping to see even more interesting examples in the near future.

The Heart of the Tech Industry

In Seattle, the government completely understands the significance of the tech industry on the local economy, and we’ve seen some interesting moves to maximize the interest and engagement in this sector. Among those is a recent push driven by Six Sigma methodologies, which is projected to result in significant increases in the overall returns on investments in this sector.

Considering how much money and development Seattle has already seen as a result of its clever adoption of the tech industry, it makes full sense for the local government to want to experiment with something like Six Sigma to get even better results. It will take some time to fully quantify the success of the operation, but we expect to see nothing but positive reports once the data starts coming out.

India is a particularly progressive country as far as adopting Six Sigma and lean methodologies in the tech sector goes, and we’ve seen some amazing results out of that area. Wipro is a more prominent example, a company with a broad reach that has set some strong trends on the market and has successfully pushed others to fully adopt Six Sigma in their own line of work.

In some of those cases, the methodologies may go through a rebranding and end up with a new name, but in the end it’s still Six Sigma at the core. It’s also interesting to follow the kinds of changes that are being made to Six Sigma as a whole by people in the tech industry in this area. Lean methodologies are constantly evolving, and recently we’ve seen some great additions to the common knowledge pool by various companies.

Meanwhile, in Amsterdam, a medical center was struggling to keep up with the demand for dispatched units, and the bottleneck was ultimately traced to the way technology was being utilized at the center, as well as the level of engagement that each employee had with the tech they were using. The new results are very encouraging and we expect to see similar ideas adopted in more parts of the medical sector.

After all, technology and medicine have always gone hand in hand, but when you add lean to the mix as well, things can get really interesting and progress truly kicks off. It’ll be interesting to keep an eye on the medical sector in the near future and see what other applications of Six Sigma are developed by the creative, hard-working minds there.

There are many other examples out there of how Six Sigma has assisted companies involved in the tech sector with improving their systems and resolving bottlenecks, and it’s very likely that the number of those reports will keep rising in the near future as well.

Six Sigma is enjoying a lot of attention right now, and there are many interesting developments and contributions to the field occurring on a regular basis. Those that follow Six Sigma more closely and pay attention to the shifting trends can benefit quite a lot by implementing some truly cutting-edge developments in their own organizations.