The etymology of words has always been fascinating to me.  I’m a student of Leadership and have though often about team dynamics and how to best lead a team.  Then, it dawned on me what others have called their teams — I’ve heard them call the group of people that they work with as “Team” and I’ve also heard “Staff.”  I wonder what etymology has to teach us regarding these two words. Plus, these all have to do with culture. 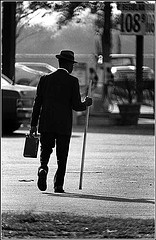 The etymology of the word “Staff” as it relates to a group of people one works with finds its history in the military.  Accordingly, it means: “group of officers supporting a general.”  Physically, a “Staff” is also a walking stick, or a device used to help the person stand or walk.  The metaphor here is important: a Staff can literally be understood as the group of people that hold-up the leader.

Team finds its history in agriculture.  A “Team” is etymologically a group of animals that are yoked together and bridled or governed by a set of rules.  There are several very interesting concepts at play here:

Yoke is a physical harness that brings a group of animals physically together.  This is important because as the Team pulls the carriage, proximity to each other is critical so that the team heads one way and the point-of-control for the leader is isolated to just the yoke, making the job of the leader easier.

Bridle means “govern”.  In other words, the team of horses are “governed” by a set of agreed-to rules; a set of convention that makes their interaction with each other transparent, expected, and understood.

So, a Team, then, is a group of people that are “yoked” together with a purpose and are “governed” by a set of rules that makes the team run well, smoothly, and predictably. 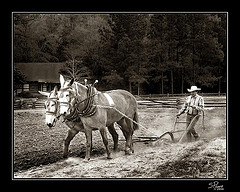 The etymology of both Team and Staff is rich in military and agricultural history.  How we use these words in the workplace has subtle, but, important implications for “how” we see the group of people we work with.  On the one hand, a Staff is a group of people that a leader can rely on and trust and hold her up.  Team, on the other hand, uses the metaphor of “yoke” — which is an above-all-of-us purpose that unifies all members of the group with a common purpose.  Moreover, “bridle” or “govern” is a metaphor that is very appropriate in how teams can work well together.

Think of your daily language; what history do they have and how does that history affect the way you work or see the world?