Yes, I feel like a manchild as I write this post about a vampire love story, but there is some relevance to the long-time readers of shmula.com:

why would people wait for 3 days to see The Twilight Saga Movies?

The answer can be found in the Psychology of Queueing (Queing) or Psychology of Waiting Lines. PS: You can also view all 40+ articles on Queueing Theory.

As you can see from the picture below, on the whole, people aren’t really complaining, there’s a community of like-minded and interested (crazy twilight fans) people together. They obviously value the end result and because they are all waiting together, it doesn’t feel long. 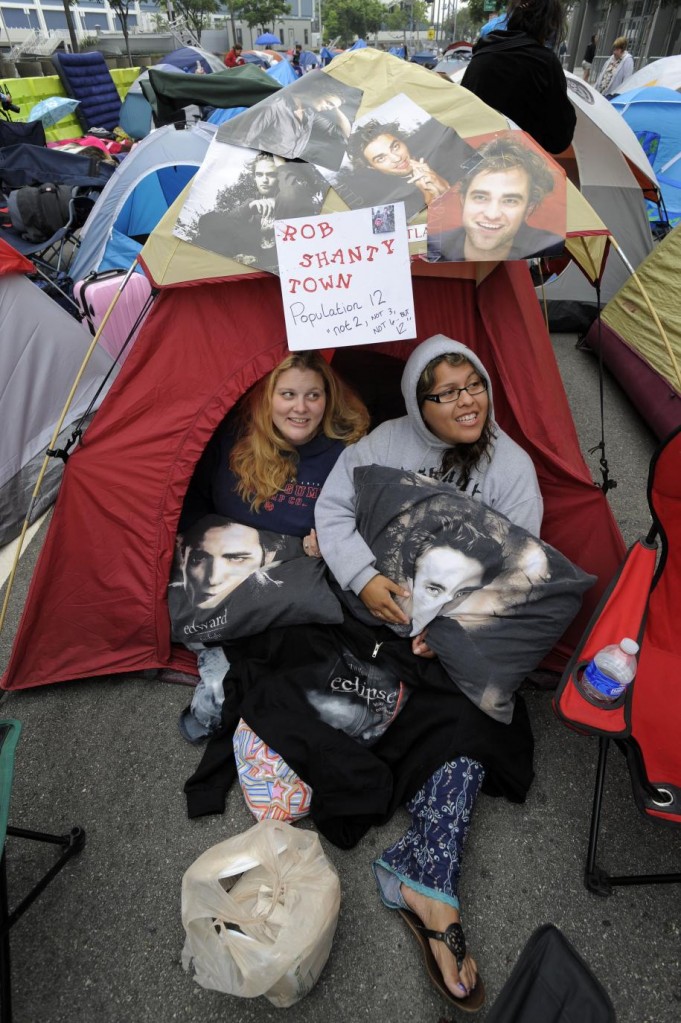 As a reference point, these fans are our modern day “dead heads” – fans used to follow around the Grateful Dead in my day.

I don’t care. My wife loved the movie – that’s all that matters, but I’m comfortable enough with my manhood to say that it was pretty good. What is instructive for us is that people are CRAZY about this movie and are willing to wait for days to see it. Do Apple Fan Boys wait for the iPhone 4 like Twilight fans wait for the movie? 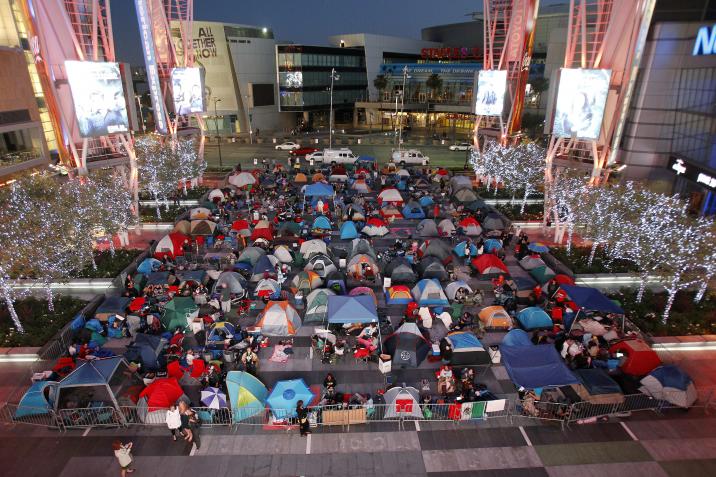 More about Twilight Saga Eclipse below, if you’re interested.

Bella once again finds herself surrounded by danger as Seattle is ravaged by a string of mysterious killings and a malicious vampire continues her quest for revenge. In the midst of it all, she is forced to choose between her love for Edward and her friendship with Jacob — knowing that her decision has the potential to ignite the struggle between vampire and werewolf. With her graduation quickly approaching, Bella is confronted with the most important decision of her life. Written by Summit Entertainment Isabella Swan was a normal teenage girl, in a normal world. Until she met Edward Cullen and Jacob Black.

Since then she has been up against a Sadistic Vampire, The Volturi and an angry werewolf, Paul. But what lies ahead is something only Edward’s ‘brother’, Jasper Hale, can help the Cullens with. A Newborn Vampire Army created by a Revenge ridden Victoria for what Edward did to her mate, James. ‘Mate for Mate’ as Victoria sees it. But what she doesn’t know is the Cullens have a secret on their side. With Graduation coming fast, Bella gets more and more worried about becoming immortal and the fight. But the real question is: Who will she choose? Written by Jemma From England Bella and Edward have been reunited, but their forbidden relationship is threatened to be torn apart again with an evil vampire still seeking her revenge. And Bella is forced to choose between her true love for Edward or her friendship with Jacob Black as the struggles between vampires and werewolves continues.

But there is still another choice for Bella to make, mortality or immortality? Written by Mel from the United Kingdom. After the vote about her becoming immortal, Bella realizes graduation isn’t too far away and starts to panic. But she has bigger problems arising, her feelings for Jacob, his feelings for her and Victoria. The vampire who is trying to take revenge on her for Edward killing her James.