Virtual Kanban Board: Interview with Chris Hefley of LeanKit 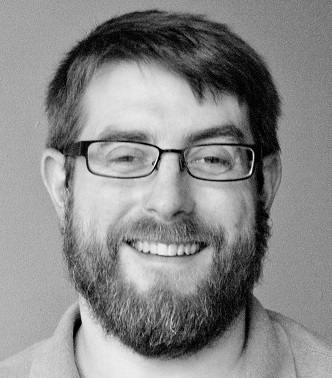 Yesterday, we interviewed David Anderson, who pioneered the use of Kanban systems for creative and knowledge work. The popularity of Kanban has opened up a sizeable cottage industry of companies that provide virtual kanban boards. One of the more popular of those companies is LeanKit.

Today we speak with Chris Hefley, the CEO of LeanKit. In this interview you’ll learn:

Enjoy the interview and please read more about Chris after the article and feel free to read our other lean leadership interviews.

Kanban systems have long been a part of Lean manufacturing, as a tool for managing the just-in-time flow of work through the production line. In the software development community, a core group of thought leaders (List of Top Kanban Blogs) have coalesced around the idea of using Kanban boards to manage the flow of knowledge work. Kanban boards are used as the metaphor for managing the work, and as a way to reveal problems with flow that can lead to continuous process improvement.

This community, practicing Lean and Kanban, has given rise to all kinds of other advances in Lean thinking as it relates to software development and knowledge work, and it’s become part of what people in the Agile Software development community use to manage their work as well.  It’s an exciting, dynamic community to be involved with, and I’m continually impressed with the quality of new ideas being generated, much of which goes well beyond the starting point of Kanban itself.

You are the co-founder and CEO of LeanKit. Can you tell us what LeanKit is and what specific problems LeanKit was designed to address?

LeanKit is widely regarded as the top Kanban software in the market, especially when it comes to enterprise implementations. It allows teams and organizations to visualize their work and workflow, customize their processes to improve the flow of work, and collaborate together to complete the work. It also integrated with your existing PPM and scheduling software at the enterprise level, providing a consistent view of the work from end-to-end, from planning to execution.

By making the work visible, LeanKit allows you to spend less time tracking down the status of work items, and more time having valuable conversations about how to move the work forward. Visualization helps you to see bottlenecks and other problems with flow, and LeanKit then gives you the tools to improve the flow, such as work-in-process limits, explicit policies, and flexible board design.

LeanKit also provides rich collaboration tools, allowing people to share information and valuable conversations about the work from multiple locations, including via our mobile apps.

LeanKit is often used outside the context of pure Kanban as well. We have lots of SCRUM teams using it, as well as applications in IT Operations, Manufacturing and Engineering, HR, Marketing, Healthcare, Education, and Construction job-site management. In some of these cases, the organizations using LeanKit are less concerned with Kanban principles, other than simple visualization of the status of work and collaboration to complete the work.

Many companies talk about culture and sometimes cite the Respect for People pillar at Toyota. Can you share with us how Kanban might support that pillar in the Toyota Production System? Specifically, can you share an example of a company you’ve worked with that exemplified the principle of Respect for People withing a software development context?

One of the great things about Kanban is that it focuses everyone’s attention on the work, and the system by which the work gets done. Problems with flow are attributed to the System, and the people collaborate to improve the system. Focusing attention on the System helps to empower and motivate the people, and displays an inherent quality of respect for the people. To paraphrase Deming, A bad system will beat a good person every time.

But perhaps the clearest example of how kanban promotes respect for people is via the use of WIP limits. A system has only so much capacity, and traditional work systems tend to overload that capacity, placing an impossible burden on the people in the system. Visualizing the work makes this this situation visible and difficult to ignore. Just visualizing, however, isn’t enough. You also need the WIP limit to align demand and priorities with the actual capacity of the system and the people in it.

One example of this can be seen at one of our customers, AmDocs. They make software for the telecom industry, and have over 2,000 people practicing Kanban. In this presentation earlier this year at the Lean/Kanban North America conference, they told a story about how kanban revealed aspects of their work related to work/life balance.  A few months into their kanban rollout they did some surveys to determine what aspects of their work had improved because of kanban. In all but 2 categories, people agreed that kanban had made things better or a lot better. But when asked about Quality and Work/Life Balance, the survey results said that things had actually gotten worse!

When they measured quality objectively, however, they found that it had improved – in terms of defects and time to fix them. With a little investigation they were able to uncover an interesting effect of making the work visible. Quality hadn’t really gotten worse, but quality issues were being identified earlier in the process, and those issues were very visible to the team on the kanban board. So, it was the perception of quality that had changed, simply because it was more visible. Similarly, when they investigated the work/life balance question, they found that it was the improved visibility of the actual amount of work being loaded onto the teams that made it seem like things had gotten worse, and that those people who reported negative effects were not using WIP limits at all.  In order to address the problem, they started encouraging those teams to put WIP limits in place, and they worked together to write up a Sustainable Pace Manifesto.

We know that visual management is a critical aspect of Lean. In software development, why is visual management especially important? Can you share a specific example of how LeanKit helps organizations better visualize their work?

In manufacturing, the work-in-process inventory is easy to see. You can go to the plant or warehouse and actually look at it. In software development, the work-in-process inventory is all the work you have started but not finished yet. That’s not easy to see until you put it up on the Kanban board. Visualizing the process steps and queues where the work sits and waits between steps turns out to be really valuable in and of itself, even before you start putting work-in-process limits in place. Simply putting the work on the wall allows you to see hidden work-in-process, and it often becomes immediately apparent where bottlenecks in the process have formed that hamper the flow of value through the process. For example, when a software team puts all their work on the board, and realizes that they have large numbers of cards waiting for QA or waiting for Deployment, it’s easy to see those bottlenecks by just looking at the board.

I see three things. One is the coalescing of these things we’ve learned into the larger body of knowledge, and the blurring of the lines between them. Most people now talk about Lean/Agile and imply that Lean, Agile, and Kanban are all part of a single body of knowledge and set of tools that can be used to develop software better. This is kind of the same thing that’s happened with the term Lean itself. Lean is more than just a re-naming of the Toyota Production System; it includes ideas from Scientific Management, TQM, Six Sigma, and more. I’ve heard it described as the sum of good things we’ve learned about manufacturing for the past century. A similar coalescing of ideas is happening in the field of software development.

Second, there are new and better ideas coming to the fore about how to measure, plan, and forecast our software projects. For a long time, we’ve relied on fuzzy estimates and padding those estimates to hopefully get things done reasonably on time and within budget. Some of the lean metrics that have been introduced into the community, along with probabilistic forecasting techniques, like Monte Carlo simulations, allow us to get much more confident about how long our software projects will take and how much they’ll cost.

Third, a lot of work is going into improving the state of the art when it comes to scaling the ideas from Agile and Lean to large software development organizations. There are a lot of good tools in Lean to help with this, and examples of very large, successful Lean and Kanban implementations at scale. And from the Agile world, we’re seeing things like the Scaled Agile Framework(TM), which attempts to address the big company problems of doing agile at scale, is built on a foundation of Lean principles, and includes the use of Kanban at the portfolio and team levels.

You can watch some short demo videos and see more about the value of LeanKit. And while you’re there, you can sign up for a free 30 day trial. You can also check out our blog at leankit blog, and follow us on twitter and Facebook. Finally, for teams looking to get started with Kanban, we’ve published an easy to follow roadmap with some exercises you can do with  your team. Download a copy.

Chris Hefley, CEO and Co-founder of LeanKit, is a practitioner and thought leader in the global Lean/Kanban community. In 2011, he was nominated for the Lean Systems Society’s Brickell Key Award. After years of coping with “broken” project management systems in the world of software development, Chris helped build LeanKit as a way for teams to become more effective. Prior to LeanKit, Chris worked with globally distributed teams in leadership positions at HCA Healthcare and IMI Health. He believes in building software and systems that make people’s lives better and transform their relationship with work.

Feel free to read other interviews below: