LiquidWeb Dedicated Hosting and a Lesson in Customer Experience

Shmula.com gets a lot of traffic. I’ve been through the website hosting seesaw of trying different website hosting companies. After using shared hosting, I finally went with dedicated hosting through LiquidWeb and haven’t regreted it ever since. This article will discuss my journey, why I ended up with my current web host, liquidweb, and perhaps share a lesson or two on customer experience. This article is a real review of LiquidWeb. Unlike all the fake LiquidWeb Web Hosting Reviews on the internet, this is one is legit. Read on.

1. My Experience with Godaddy

When Shmula was just starting out, I went with the web hosting and domain company most people start with – yes, you guessed it, Godaddy. It wasn’t so bad when my traffic was low, but as traffic rose, the difference in website performance was very, very noticeable.

But, I dealt with the pain of frequent outages for a long time. Why? Well, I’m a cheapskate and I didn’t want to fork out money, especially since Shmula about 8 years ago was primarily a hobby and I wasn’t making a penny on the site. So, I dealt with it.

Then, my readers let me know loud and clear.

I then started to receive email after email about how slow my site was and that the frequent website downtimes was impacting their experience. I have to admit, by this time in my blogging career I didn’t really know I even had much of an audience, but they let me know. I’m grateful they did and I was super grateful to know that, at least to some people, Shmula.com was worth keeping around. That was 7 years or so ago. 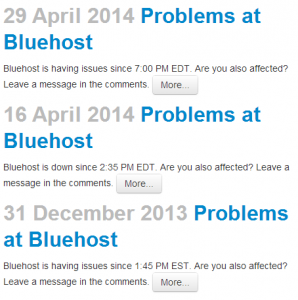 Then, I moved on from Godaddy to Bluehost. Why them? I have no idea. I had heard they were pretty decent and I’m somewhat linked to the founder of BlueHost on Linkedin. They seemed reputable and so I went with them.

At first things were good. The performance of the site increased. But then I had several days of very high traffic and, to this day, I’m still not sure why of where the traffic came from. But, that was when bad things started to happen.

On high traffic days I would receive emails from Bluehost telling me that I was over my bandwidth limits and that if I didn’t upgrade they would shut down the site. These emails, mind you, were devoid of any empathy or emotion. Literally, I felt like I was in trouble or something. I felt like I had done something wrong. A criminal.

Fine. I bought more bandwidth. In fact, I upgraded to a virtual private server (VPS for the sys admins out there).

After I upgraded, my problems went away for sometime. Until…Bluehost had frequent – I mean frequent, like several times a week – of serious DOWNTIME. And, when I say Downtime, I mean several million websites were affected because Bluehost website hosting went down.

I endured Bluehost outages for a few months. I dealt with it because moving from one website hosting company to another is a pain. Until December 31, 2013 happened. On that day, Bluehost data centers literally got fried and hundreds of millions of websites were affected.

But, I endured it longer because I was lazy and didn’t want to deal with it.

Then, I got an email telling me that my site was using up too much memory. What? So I chatted with the Bluehost customer service people who weren’t helpful. What should I do now?

Fine. I went to Justhost for my website hosting needs. I got their VPS plan which is expensive, but I needed reliable hosting that wouldn’t give me any problems. Things were going well until May 2014 happened. In May, my site went down for several days – in fact my site and tens of millions of other sites went down because Justhost servers were down. But so was Bluehost servers. But so was Hostgator servers.

Bluehost, Justhost, Hostgator, and Hostmonster all went down!

It turns out, they are all the same company. Why didn’t I know this?

My website hosting problems didn’t go away – by moving from Bluehost to Justhost, I didn’t eliminate the problem.

So, I was back on the search for good, reliable, website hosting.

But, as I looked around, there were no reliable website hosting reviews – most of the review sites were spam affiliate sites with fake reviews, fake names, and were generally very lame and cheesy websites. I was stuck.

Then, I got lucky and found some information on website hosting downtime and outages. I wish I had known about this previously. In what follows, I present bluehost outages, justhost outages, hostmonster outages, and hostgator outages. 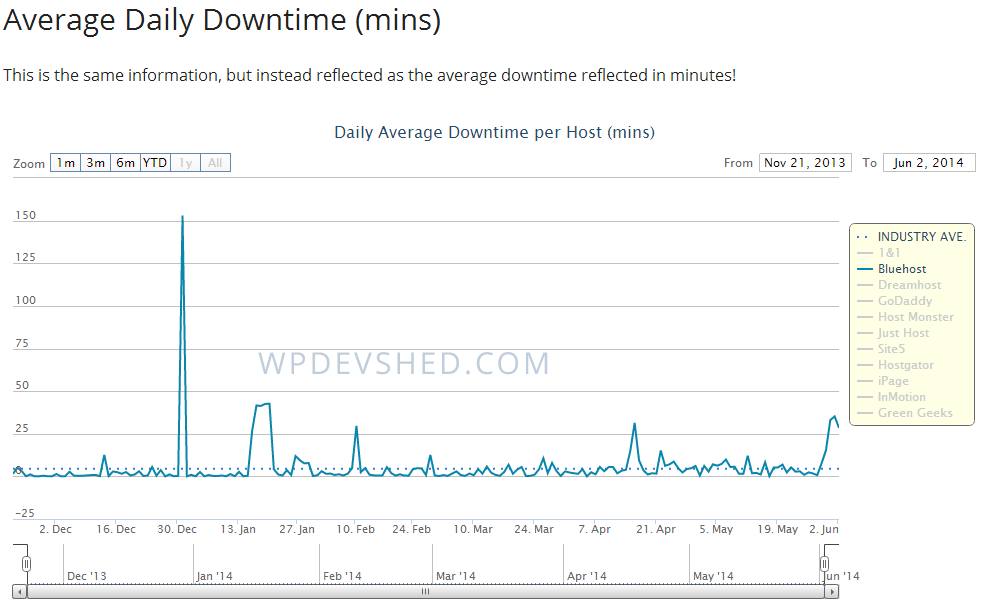 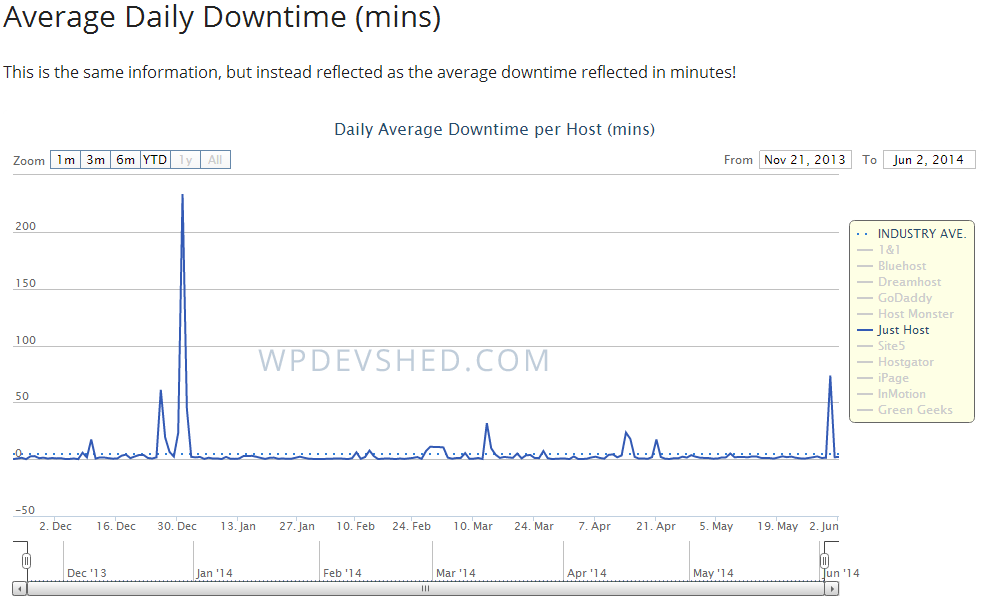 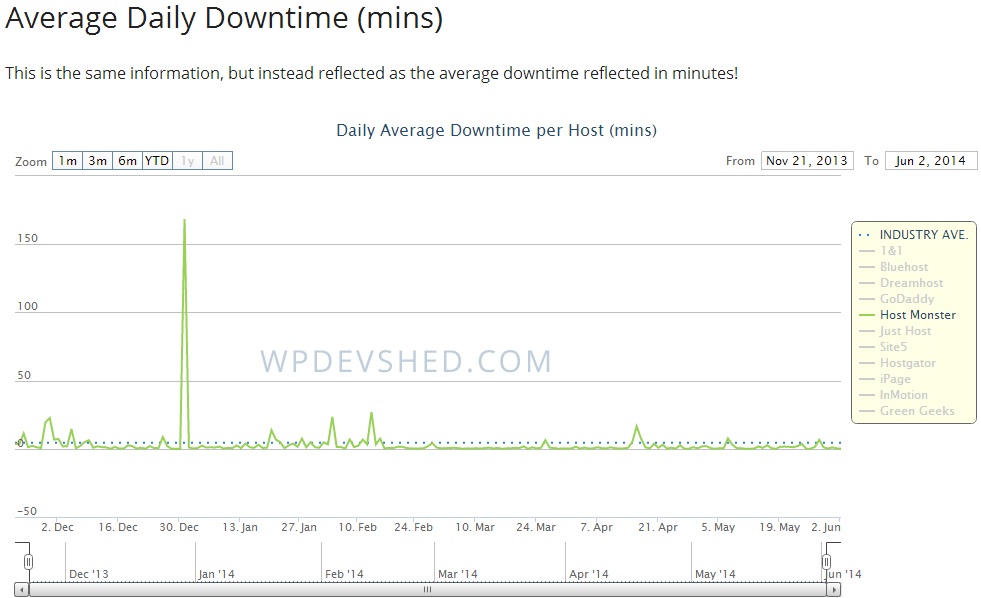 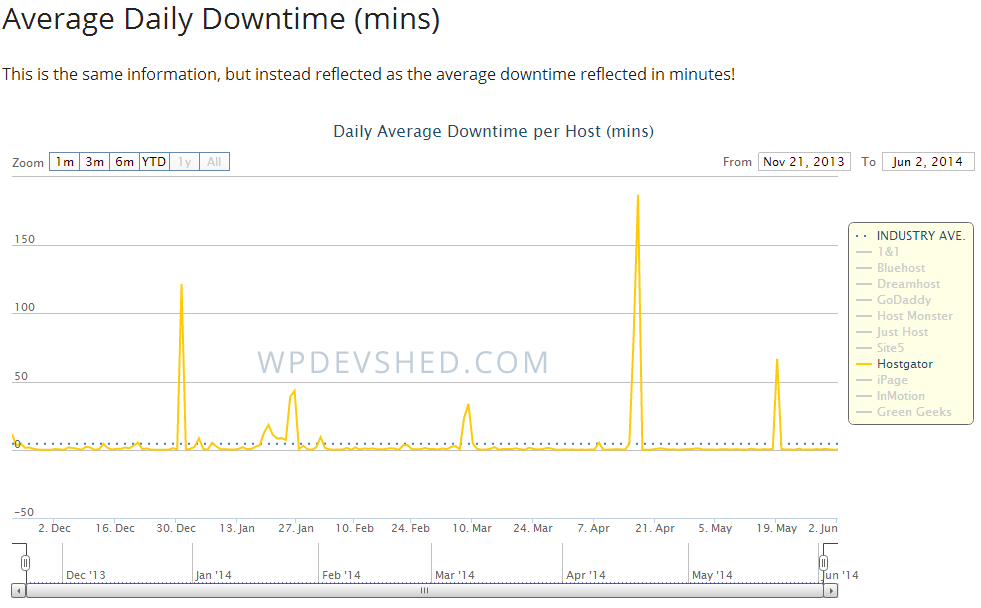 Here’s the outage report for all of them, proving that they are all the same company: 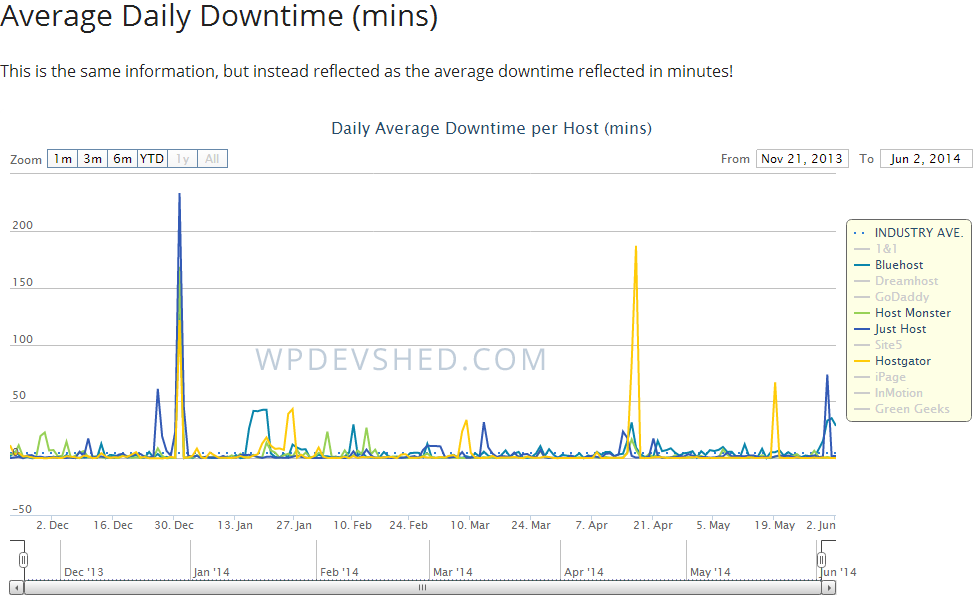 I DO NOT RECOMMEND you use Bluehost, Hostmonster, Hostgator, or Justhost for your website hosting needs. Just don’t do it. Really, please don’t do it. Seriously. Just don’t.

5. Why I Recommend Liquidweb Dedicated Hosting

I complained on Twitter that Bluehost and Justhost were down. Then, I received a tweet from liquidweb inviting me to check out their company and offered $100 off my hosting.

Granted, this is smart marketing, but then I checked out their site.

They impressed me right away. I HIGHLY RECOMMEND LIQUIDWEB.

I watched a few customer testimonials – big customers – I mean  huge corporations use liquidweb. So, that told me right away that their service has to be above all reproach and having huge corporations as clients means that they have to keep downtime at zero.

So, I went ahead and got rid of Justhost and joined liquidweb and I am so happy I did.

I went with their VPS Storm Servers, which is massively fast. And, because Shmula is a fairly large site now, liquidweb did the entire migration for me. Literally – no joke, my site was up on their servers in a few hours with very little downtime due to the migration.

And, they communicated with me the status of the migration often. Enough to keep my anxiety down. That part was great. When they claim “Heroic” service, they really mean it.

I couldn’t believe it. I was sold.

So, I highly recommend liquidweb. Yes, these are affiliate links and I make a small fee if you choose to go with liquidweb – but I mean it. I really recommend them. Give them a try. You won’t regret it.

Here are a few lessons that might be helpful to others:

Sometimes. Liquidweb is not the cheapest, but they are amazing –  great service, fast, reliable servers. Overall awesome for me and for my readers.

6.2 The crowd is sometimes dumb

Just because everyone in the world uses Godaddy and Bluehost, that doesn’t mean you should.

The liquidweb team communicated with me during the entire migration of my site. I had anxiety and they knew that over communicating helps when the customer is anxious.