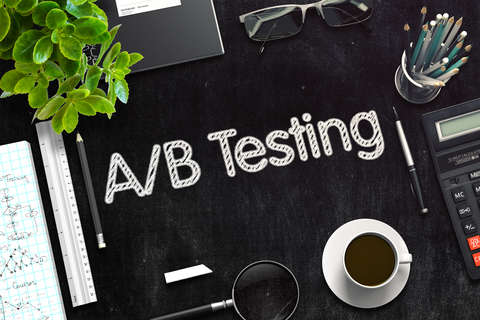 Hypothesis testing is easier than it sounds. In its most basic form, it relates to a method that can be used to to make a rational decision in relation to the reality of effects.

At first, this may still sound rather complex to some, so we need to examine things more closely to clarify a number of key points, and to allow you to formulate your own hypothesis approach that can be used in the future.

How Hypothesis Testing is Used

When we come to make a decision, there will  be a number of options for us to choose from. However, the problem is that we make our decision on the basis of rather poor information that is generally incomplete and needs further assessment. This alone can lead to us making the incorrect choice, which then rolls over into potentially additional issues further down the road.

Let us contemplate a researcher that has two options, A and B. They may believe that A is better than B at the outset as it uses a different approach. A null hypothesis would then come to the conclusion that A and B are well matched and that there is no real difference between the two, hence the hypothesis that A is better than B ultimately being declared as null and void.

At the same time, the alternative hypothesis states that after testing, A is indeed better than B, so the initial theory is deemed to be correct. At this point, the researcher will have shown that the null hypothesis has been rejected as has the concept of equality between the two methods due to one option being more effective than the other. However, the only way in which this can be understood is by testing each option to determine the outcome.

So, in other words, hypothesis testing is where you look at different potential scenarios and outcomes and attempt to ascertain which outcome is more effective for your needs. However, there has to be an open mind regarding the potential result, which does then open up the possibility of errors occurring in the initial hypothesis.

Dealing with Errors in Hypothesis Testing

At the same time, if they believed at the outset that A and B would be equal, and it turned out that one was superior to the other, then they have made a Type 2 error with their hypothesis. In this instance, it is referred to as Type 2, where the initial belief is that something is the same when this is not true.

No errors are not to be feared as they are merely the outcome of the testing, and all testing should expect errors along the way This is all part of any experiment or process to understand and determine the best possible outcomes. Without significant testing, there will be no way to deduce better protocols in future practice.

The Ultimate Need for Hypothesis Testing

Even though this is a rather simplistic explanation of the theory that lies behind hypothesis testing, it will be clear as to why there is a very real need for its existence. Merely assuming that one option is better than the other leads to problems. Doing so at the beginning will prove to be far more beneficial in the long term, as it means the correct approach can then be taken once the results of the testing are known.

This approach can be applied in a number of different industries, and it is at the foundation of research and development in a range of subjects. Of course, there can be a multitude of options and methods to take into consideration, leading to a more complex form of testing, but the core of it remains the same.

Without hypothesis testing, there would be far more mistakes made in development, whereas applying this simple equation and approach across the board will counteract those mistakes at the earliest opportunity.