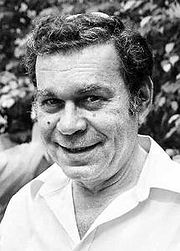 Eliyahu M Goldratt, born on March 31, 1947, was an Israeli physicist who was later associated with major global corporations as a consultant and advisor. He is known to have devised interesting concepts like Optimized Production Technology (OPT), the Theory of Constraints (TOC), the Thinking Processes, Drum-Buffer-Rope, and Critical Chain Project Management (CCPM).

He graduated with a bachelor degree in science from Tel Aviv University and completed his Masters in Science as well as his doctorate from Bar-Ilan University. Dr. Eliyahu M. Goldratt was the founder of Creative Output, a company which developed the Optimized Production Technology (OPT).  It was the first software providing finite capacity scheduling for production environments.

He has written a series of popular books including The Goal’. He launched the Goldratt Satellite Program, a series of lectures and programs recorded online on various disciplines of management. Later Dr. Goldratt and his son Rami Goldratt together created TOC Insights, an interactive computer learning program which explains the application of the Theory of Constraints.

Goldratt has written articles and white papers for the promotion of his theories, in addition to multiple business books like The Race, The Haystack Syndrome, It’s Not Luck, Critical Chain, and The Choice. Goldratt also established the Goldratt Institute in the year 2000.

Theory of Constraints: The Theory of Constraints is basically a systems framework to determine: What to change? What to change to? How to cause the change? Goldratt assumed that three levers can be utilized and put to work for the effective management of businesses: business expense, throughput, and inventory. Throughput can be understood as the rate at which an organization generates money through sales. TOC states that the goal of a company is to generate profit. It describes three methods to achieve this goal: Increase Throughput (T = Sales Revenue – Totally Variable Costs), Reduce Inventory (I = investment blocked in the processes of the system e.g. receivables, inventory and fixed assets, etc.), Reduce Operating Expense (OE = fixed costs).

According to Dr. Goldratt, the first method of Increasing Throughput is more convincing (and sustainable) than the other two options. Therefore to achieve the same, he stated Five Focusing Steps:

To ensure maximum flow through the constraint, organizations can use buffers. A TOC buffer is usually measured in time, so an organization can decide to have work equivalent to one hour or one shift.

Optimized Production Technology (OPT): Optimized production technology is a scheduling system that uses computer software for optimizing shop floor scheduling. The system recognizes that there are two fundamental manufacturing processes i.e. Dependent events and statistical fluctuations. OPT is based on the principle that profits in an organization can be increased by reducing the bottlenecks of a system along with optimizing and scheduling the non-bottlenecks components maximizes the throughput of a system.

The Goal:He authored The Goal, a classic business book presented in a novel form. The Book was written to generate awareness about certain assumptions that resisted the implementation of OPT software. The book was initially rejected by all major publishers; then the Board of Directors of Creative Output took the initiative to get it published acknowledging the effort of the CEO Eliyahu Goldratt. And with the help of North River Press, The Goal was published and became a super hit.

Goldratt founded Goldratt’s Marketing Group, Goldratt Consulting, and Goldratt Schools together forming the Goldratt Group. The stated purpose of the Group was to make TOC the central way of managing the organizations. Eliyahu was an acknowledged consultant as well as trainer associated with many of the world’s largest corporations like General Motors, Procter & Gamble, AT&T, NV Philips, ABB, and Boeing. He has a number of patents in areas ranging from medical devices to drip irrigation to temperature sensors. He was a frequent contributor to research papers, articles and white papers to journals, magazines, and business publications.