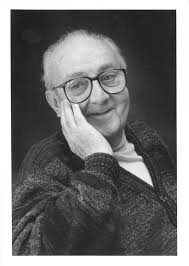 George Edward Pelham Box was born in Kent, England. He was a renowned statistician and theorist of quality control. He completed his bachelor’s degree in mathematics and statistics from University College, London. He presented the initial proposal of his thesis to be completed under master’s to his guide and impressed him to the level that his research guide advised him to pursue his doctorate straight away. In 1952, he completed his Ph.D.

In 1957, Box joined as a head at Statistical Techniques Research Group at Princeton. After three years, he established the Department of Statistics at the University of Wisconsin. He started working on a research project which was later accepted by the United States Air Force in 1960. His findings from the project were compiled in the form of a book, Time Series Analysis: Forecasting and Control which was published in 1970. He received the Samuel S. Wilks Award in 1972, as the sole recipient named by the American Statistical Association (ASA). He was known for his work in experimental designs, Bayesian Methods, and Time Series Analysis.

He served as the president of American Statistical Association (ASA) and later served the Institute of Mathematical Statistics as President. Box was a visiting faculty at the University of Essex in England and continued teaching till 1970. He was appointed to the Ronald Aylmer Fisher chair of statistics at the University of Wisconsin in Madison in 1971. He continued as the professor of industrial engineering with the University of Wisconsin. In 2003, the George Box Medal was established by the European Network for Business and Industrial Statistics in his honor to acknowledge his contribution to the development and application of statistical methods in the European industry. George E P Box died at the age of ninety-two years. With undaunted attention on quality, he wrote more than 100 publications on major inventions. He won the Brumbaugh Award when he was 90.

Contributions to Applied Statistics: His first important contribution was the invention of Evolutionary Operation, an original procedure for continuous improvement of the conditions in a plant. The concept of robustness, variable transformation, model diagnosis, and Bayesian statistics and its scope were also pioneered. The third contribution is the analysis and forecasting of time series. All major banks and statisticians are utilizing the methods developed by Jenkins, Box, and Tiao. Finally, the fourth critical contribution is in the area of Quality Control. He explained and clarified the role of many statistical tools and procedures in the improvement of quality and productivity. He quoted, the way to improve a field is to do applications in this field.” He worked extensively with many organizations such as Hewlett Packard and Ford to implement practical learning in the field apart from conceptual knowledge.

Contributions to Quality & Improvement: George Box played a critical role in the quality movement from the 1980s to 1990s. The major work fields of Box like robustness and industrial experimental design got new energy after quality was measured in a quantifiable manner. He delightfully shared how the application of scientific methods and statistical tools has transformed the quality movement.  He believed that certain issues clarifying the role and importance of statistics in quality and productivity improvement have not been properly addressed such as the role of statistics in investigation and discovery, extrapolation of results, and evaluation of management changes for the benefit of an organization.

George Box was an eminent statistician known for his noteworthy contribution in the area of statistics. He clarified the role of statistics and related tools such as Bayesian statistics, model building and diagnosis time series analysis, and transformation of variables in the field of quality improvement and Six Sigma. He advocated the quantitative measurement of quality and, in turn, paved the way for statistical applications in quality improvement. He always believed that there is nothing that cannot be improved. His methods are widely used by organizations like Hewlett Packard, Ford, and major banks for quality control.