Joseph Juran: Contributions to The Theory of Process Improvement 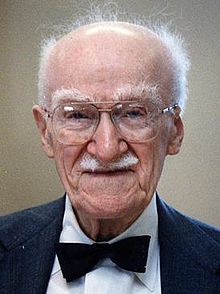 Joseph Moses Juran (1904) was born in Romania. He demonstrated his quest for knowledge since an early age; in school, his mathematical and scientific proficiency was brilliant. He was the first member of his family to enroll in the University of Minnesota in 1912. In 1924, he earned a bachelor’s degree in electrical engineering from the University of Minnesota and joined Western Electric’s Hawthorne Works.

His first job was in the Complaint Department. In 1925, the Bell Labs proposed the training of Hawthorne Works personnel in its new statistical sampling and control chart techniques. Juran was also chosen to join the Inspection Statistical Department, a small group of engineers charged with the application and dissemination of Bell Labs’ innovations in statistical quality control. This highly visible position was the stepping stone in Juran’s ascent in the organization. The complexity of this enormous factory, with a labor base of 40,000 workers, presented Juran his first ever challenge in management.

In 1926, a new program was introduced by a team of quality control pioneers from the Bell Laboratories to Hawthorne Works. Designed to implement new tools and techniques, the project posed the requirement of a training program. Juran became one of the two engineers from a group of 20 engineers for the Inspection Statistical Department.

The end of World War II compelled Japan to change its focus to become an economic power rather than being a military power. The attention of the Japanese Union of Scientists and Engineers JUSE was drawn to the first edition of Juran’s Quality Control Handbook in 1951 and they invited him to Japan in 1952. He campaigned for quality and quality management throughout his life. Juran wrote several books on the concept of quality and its applications.

Management theory: Juran is widely acknowledged for the addition of the human dimension to quality management. He advocated the training and education of managers. Juran proposed that human relations problems are supposed to be isolated and that the fundamental cause of quality issues was resistance to change. Juran’s concept of quality management can be extended outside the factory to encompass non-manufacturing processes and those that are service related.

The Juran trilogy: Juran was one of the first to point out the cost of poor quality. He illustrated this concept in “Juran trilogy,” a cross-functional management approach, constituted of three managerial processes: quality planning, quality control, and quality improvement. He pointed out that without change, there will be a constant waste. However, margins will be higher and the increased costs are recouped after the improvement.

Transfer of quality knowledge between East and West: He became aware of the concept of quality circles during his visit to Japan in 1966. He preached this concept with enthusiasm in his assignments in the West. He acted as a moderator between the U.S. and Japanese companies looking for mutual and professional introductions to each other.

Joseph M. Juran has many contributions in the field of quality management. His book, the Quality Control Handbook’ is a classic reference for quality engineers to date. He transformed the Japanese philosophy of quality management and worked hard in shaping their economy helping them to become industry leaders.

Dr. Juran was the first to embed the human aspect of quality management, known as Total Quality Management. The involvement of top management, the Pareto principle, identifying the need for widespread training in quality, propagating the new definition of quality as fitness for use, and the project-by-project approach towards quality improvement are the ideas and concepts for which Juran is best known, and they are still widely used today.