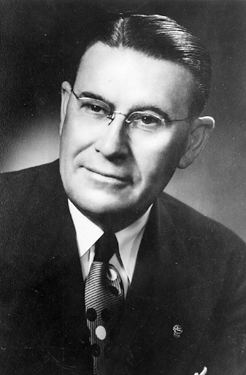 Harold French Dodge was born in Lowell in 1893 and was among the key architects of the field of SQC (Statistical Quality Control). Dodge completed his B.S. in electrical engineering from M.I.T. in 1916 and his master’s degree in physics from Columbia University in the year 1917. He worked at the Bell Laboratories quality assurance department from the year 1917 to 1958. His colleagues included Walter Shewhart, George Edwards, Harry Romig, R. L. Jones, Paul Olmstead, E.G.D. Paterson, and Mary N. Torrey. In 1958, after his retirement from the Bell Laboratories in 1958, he joined the Statistics Center of the Graduate School at Rutgers and became a professor of applied mathematical statistics until 1970. He was associated with NASA as an assurance consultant in 1961 and 1962 and with the Sandia Corp. from 1958 to 1967.

He was the chairman of the American Standards Association (ASA, now the American National Standards Institute) War Committee Z1, which prepared the Z1.1, Z1.2, and Zl.3 quality control standards. The American Society for Testing and Materials honored Harold Dodge’s contribution and named him its Marburg Lecturer in 1954 and an honorary member in 1968.  He was a fellow member of the American Statistical Association, the Institute of Mathematical Statistics, and the Royal Statistical Society. Dodge was the recipient of the prestigious Shewhart Medal (1949), Grant Award (1972), and was the fifth Honorary member (1965). He was also one of the Fellows and founding members of the Society. Several patents on telephone instruments and electrical stethoscopes are held by Dodge. He also authored a number of articles pertaining to the analysis of heart and lung sounds, in addition to his articles on quality control and sampling inspection in various technical publications.

Sampling Inspection Tables: Dodge was the member of a small group that developed the Army Ordinance standard sampling table; the Dodge-Romig Sampling Inspection Tables, developed with Harry G. Romig in the early 1930s and published in 1940, are his most prominent and pioneering work. In more than 30 quality control training conferences for Army Ordinance, he was associated as an instructor. He also chaired the ASQ Standards Committee for many years and was chairman of the American Society for Testing and Materials (ASTM) Committee E-11 on statistical methods.

Acceptance Sampling: It is an important field of statistical quality control, originally applied during World War II by the U.S. military for the testing of bullets. If every bullet was tested in advance, no bullets would be left to ship and on the other hand, if none were tested, defects might occur in the battlefield, with disastrous results. Dodge proposed that a sample should be picked at random from the lot, and on the basis of information yielded by the sample, a decision can be made regarding the status of the lot. The acceptance or rejection of the lot was then decided. This process is known as acceptance sampling.

Differentiation Between Acceptance Quality Control and Acceptance Sampling: Harold Dodge pointed out in 1969 that acceptance quality control is not the same as acceptance sampling. The former can be implemented in the form of an acceptance control chart, the control limits for which are computed using the specification limits and the standard deviation being monitored. The latter, however, depends on specific sampling plans, which when implemented indicate the conditions for the acceptance or rejection of the immediate lot.