A Look Back at a Six Sigma Pioneer

Home » Leadership » A Look Back at a Six Sigma Pioneer 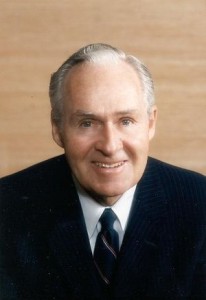 Robert William Bob Galvin is recognized as a pioneer and innovative champion of Six Sigma. Bob Galvin was born in 1922 as the son of Motorola founder Paul Galvin. He went to work for Motorola in 1940, and was named president of the company in 1956. Bob subsequently succeeded his father Paul as CEO in 1959 and served in that capacity until 1986.

In 1986, he left the role as CEO and remained the Chairman of the Board of Motorola. Along with Bill Smith and John Mitchell, he implemented the Six Sigma methodology at Motorola. Under his leadership and influence, he grew the company from $216 million in sales in 1958 to $6.7 billion in sales in 1987. As a result, the company was awarded the first Malcom Baldrige National Quality Award from President George Bush in 1988. Six Sigma was subsequently adopted by General Electric (GE) under the leadership of Jack Welch. Jack Welch was quoted as saying, Six Sigma changed the DNA of GE.

In 1979, Motorola realized the full extent and damage being suffered by the company. Galvin began to realize the extent which it had lost market share in many key segments, including televisions, car radios and semiconductors. This realization brought on an awakening by Galvin. Motorola was at a major turning point and things had to change!

Galvin understood that business performance would improve when the quality improved. With his team in place, Galvin set in motion a powerful change strategy focusing on the culture and quality at Motorola. Even though he was firmly committed to these changes, he found that they were not enough. Galvin embarked on massive change that required going from a 10x quality improvement to an 1800x quality improvement. He put trusted leadership in place that he knew could get the job accomplished, and they embarked on this path of profound change.

Over the years, Motorola perfected the Six Sigma process within the organization. The leaders struggled to continually improve their methodology and found their much needed success. Their approach became scientific and deeply analytical. As time passed and leaders grew, matured and improved their commitment to quality, so developed their Six Sigma practice. Motorola quickly became the gold standard for quality and the vision of all sectors seeking the same goals. Galvin’s unwavering focus to the practice of Six Sigma and the absolute power he entrusted with his team, reaped unsurpassed results. They understand that measurement was everything!

The practice was formally embraced by Motorola and was put out across the business in over 52 locations worldwide and in 15 different languages, all within a year.

Bob Galvin, Motorola and Six Sigma will forever be recognized as the champion of Six Sigma. The legacy remains strong, and their success represents the hard won efforts of visionaries seeking absolute quality and performance improvement.