Bill Smith: Contributions to The Theory of Process Improvement 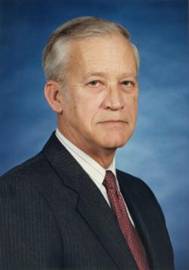 Bill Smith: Contributions to The Theory of Process Improvement

Bill Smith is the founder of Six Sigma, the powerful methodology that is now being used by businesses the world over for process and quality improvement in the interest of defect minimization and ultimately greater customer satisfaction.

Bill Smith was born in Brooklyn in the year 1929. He joined the U.S. Naval Academy and pursued further studies at the University of Minnesota School of Business. He spent 35 years of his professional career in the field of engineering and quality assurance.

He joined Motorola as the Vice President in the year 1987 in the Land Mobile Products division. Bill Smith is known as The father of Six Sigma being the key person who invented the concept and revolutionized the concept of quality in organizations around the world.

His Contribution to Six Sigma

Smith started working on the concept in the early 80s. In the year 1984, he shared his notes in two research papers titled Early Life Failures in Electronic Equipment and Reliability Predictions and Customer Perceptions.

Smith identified the correlation between the performance of a product in the field and the amount of work that needs to be re-done during the process of manufacturing. Further, he also discovered that the products with the least nonconformity were the best performing as reported by the customers.

Moreover, Smith observed that products that were built with less nonconformity were the ones that performed the best after delivery to the customer. Latent defects were identified as one of the reasons where the early failure of the product was reported after five loops of environmental testing. These latent defects were directly proportional to the defects observed in components and manufacturing of the products.

The Rise of Six Sigma

Bill Smith convinced Bob Galvin, the CEO of Motorola at that time, that improvement of their products was possible with new ideas and he proposed a couple of them. In 1985, Bill Smith coined the term Six Sigma to explain the expected level of design margin and product quality.

Michael Harry (another engineer known for his contribution to Six Sigma) and Smith together started exploring a standard formula for reducing defects (which were quite a concern for Motorola at that time). The approach was popularly known as MAIC: Measure, Analyze, Improve and Control.

Bill was one of the major reasons for leading Motorola towards huge success by reducing the defects to 1/100th in four years and eventually leading it to the performance level of Six Sigma (i.e. 3.4 defects per million units produced). Bill’s concept of Six Sigma was incorporated into the existing new product testing at Motorola and was explained in detail in a white paper by Ken Enger in 1986. Motorola received its first Malcolm Baldrige National Quality Award in the year 1988 from the U.S. Government just two years after Bill Smith coined the term Six Sigma.

In the decade from the beginning of Six Sigma in 1987 and 1997, Motorola achieved a five times growth in sales with 20 per cent increase in profits per year, a cumulative saving of 14 million dollars purely on account of the launch of Six Sigma efforts and again in the stock price compounding to an annual rate 21.3%.

The Six Sigma Research Institute (SSRI) was established by Motorola in order to accelerate the scope of “Six Sigma and Beyond”. The concept of Black Belt was propounded by the SSRI. Apart from Motorola, giants such as Allied Signal (1993) and General Electric (1995) also adopted the Six Sigma methodology.

Bill Smith, popularly known as the Father of Six Sigma’ has gifted today’s organizations with an amazing concept. Six Sigma not only ensures an upper hand over competitors in terms of quality but also a customer base of loyal and satisfied individuals.

The concept of Six Sigma has reduced the amount of waste created in organizations during the creation of products and services. This is a powerful methodology of product and process improvement which can lead to the desired financial performance keeping the defects under control.