Building the BMW X3 and BMW X4: A Factory Tour

We go behind the scenes in a factory tour of the BMW Spartanburg, South Carolina plant, where they build the BMW X3 and BMW X4. These BMW models are built in the USA and distributed across the world from the port in Charleston, SC. 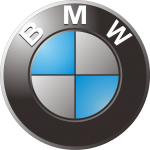 Bayerische Motoren Werke AG (German for Bavarian Motor Works), usually known under its abbreviation BMW, is a German luxury vehicle, motorcycle, and engine manufacturing company founded in 1916. Headquartered in Munich, Bavaria, Germany. BMW owns Mini cars and is the parent company of Rolls-Royce Motor Cars. BMW produces motorcycles under BMW Motorrad, and plug-in electric cars under the BMW i sub-brand and the “iPerformance” model designation within the regular BMW lineup. It is one of the best-selling luxury automakers in the world.

Check out this amazing factory tour in South Carolina with BMW.