Common Cause vs. Special Cause Variation

Home » Business » Common Cause vs. Special Cause Variation 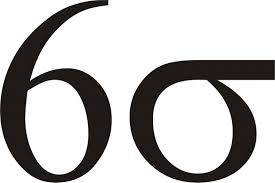 Variation is something that Six Sigma tries to remedy as much as possible, as it tends to be harmful to most businesses’ operations. Of course, there are some types of variation that are unavoidable, and in some cases even desirable, but for the most part, it’s something you’ll want to keep out of your regular reports. However, some leaders don’t understand the intricate differences between the most general types of variation common cause and special cause variation. Knowing how they differ and how both can be related to your operations can be a huge benefit in preventing variation in general.

Common cause variation is generally seen as something that’s inherent to the way a specific process runs, and occurs from natural sources. This may also make it unavoidable in some cases, although it doesn’t automatically imply that, so the two states should not be confused. The important point is that common cause variation is usually something you can account for and work to avoid preemptively, without even running a single iteration of the actual process.

It’s useful to gather as much data as you can about the common cause variation relevant to your business, as you’re going to want to put special effort into preventing it in your operations early on. Studying this part of your operations carefully can have huge benefits later on, and it can effectively help you avoid huge amounts of waste in your regular operations.

On the contrary, special cause variation is variation that’s caused by unpredictable factors special cases that tend to be unique. As you’re probably guessing, there are no reliable mechanisms in place for avoiding special cause variation, and it’s something you’ll just have to deal with in most cases. Of course, it’s possible to put up preventive measures to work around it to some extent, but you’ll want to maintain a good balance between that and the ability of your workers to actually do their job.

Because, as it often turns out, minimizing special cause variation often requires you to introduce additional steps in your processes, slowing them down and potentially annoying some of your workers. It’s pretty much unavoidable to make people somewhat displeased when you’re trying to avoid variation, but on the other hand, you should do it in a considerate way that does not unnecessarily slow down your entire operation. That’s what most leaders tend to get wrong, and it’s the main reason you should take the time to study the intricacies of special cause variation in your business as much as possible.

How Much Should I Focus on Both?

Generally speaking, preventing common cause variation is usually a better use of your efforts if you’re going to invest a lot of time into that part of your operations. As we mentioned above, special cause variation can be difficult to predict, and also quite challenging to prevent without impacting the pace of your operations. Of course, that’s not a universal rule, and if you can figure out a way to get it done without making things too difficult for everyone, then by all means have a go at it.

But make sure you do that in a coordinated way that’s aligned with the interests of your workers, and you get enough input from them at every step of the process. Otherwise, you might end up in a situation where you’ve made significant changes to your business but they are actually making things worse, and there’s no viable exit in sight.

Understanding the differences between common cause and special cause variation is important if you want to deal with variation in your operations in general. Knowing which of the two is more common for your own operations, and what you can do to prevent this kind of variation, can help you a lot when you want to make sure that things are running smoothly and without any unnecessary interruptions.