How to Eliminate Variation in Your Business

Home » Business » How to Eliminate Variation in Your Business 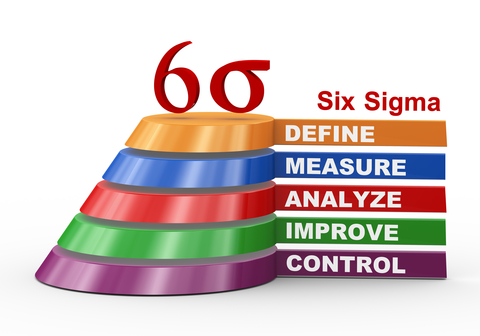 One of the biggest problems that many businesses are still facing today is uncontrolled variation. While it’s inevitable that the parameters of your operation are going to change in some ways from time to time, it’s important to ensure that those variations are controlled and predictable, and that you’re always one step ahead of the game. There are various tools that you can use to control variation more effectively and ensure that it’s not such a problem in your own operations, and it’s a good idea to familiarize yourself with them as early as convenient in your work.

Six Sigma as a Tool for Reducing Variation

By far one of the best things you can do for your business to reduce the unnecessary variation is to ensure that you’re using Six Sigma correctly, and investigate more possible venues for its application. Six Sigma is a great collection of tools and methodologies for improving the productivity of a modern organization, and it offers a good set of techniques specifically aimed at reducing variation and making the results of your operations more predictable. Mastering it to the best of your abilities is something you should do as early as possible.

Standardization is key to ensuring that variation is kept to a minimum, and it should be no surprise that it plays such a major role in Six Sigma in general. You’ll find that every talk about Six Sigma puts a lot of emphasis on the topic of standardization, and this can apply to all parts of your business with equal weight. This means that you should attempt to standardize everything that makes sense, including things like employee interactions. Sometimes it’s not possible to ensure that everything is running in a standardized mode of course, but as long as you’re putting effort to push things in that direction, you should be able to see good results.

Variation can come in many forms, but most generally, it’s split into two categories short-term and long-term. Short-term variation can be easier to identify, but is usually more difficult to deal with, because it’s usually the results of random differences that may or may not recur in the future. On the other hand, long-term variation can take some time to identify, but once you’ve figured it out, it’s usually pretty straightforward to see what causes it and what the appropriate direction for resolving it is.

Keep in mind that the two are often related, and you’ll sometimes find that short-term variation can cause long-term changes in your operations. That’s important to recognize, and it’s one of the critical factors you will want to consider when running extensive analysis of your business.

It’s hard to fight against variation when you don’t know if your efforts are making any actual change. This makes it important to record the results of your work, and pay special attention to how everything you do changes the final output. Sometimes your analysis is going to reveal patterns that were not so obvious at first, and you may have missed something if you were just looking at the situation from a common sense perspective.

You should also store the results of that analysis for a long time, and ensure that you have easy access to those databases, as they will become a critical tool in minimizing harmful variation later on. When you’re able to look back at your operational history and see how things have changed over time exactly, you will have an opportunity to make much better and more informed decisions at every step of the way. You’ll also know how certain things can impact your operations with regards to variation, and will know to avoid them.

Variation can be a huge issue in a modern business, but it doesn’t have to be such a major factor if you’re careful about avoiding it. There are many steps that can be taken to ensure that your operations run in a consistent and straightforward way, and familiarizing yourself with Six Sigma and the various tools it provides you with is a great starting point. From then on, you’ll need to ensure that you’re collecting and analyzing data about your operations in an appropriate way.