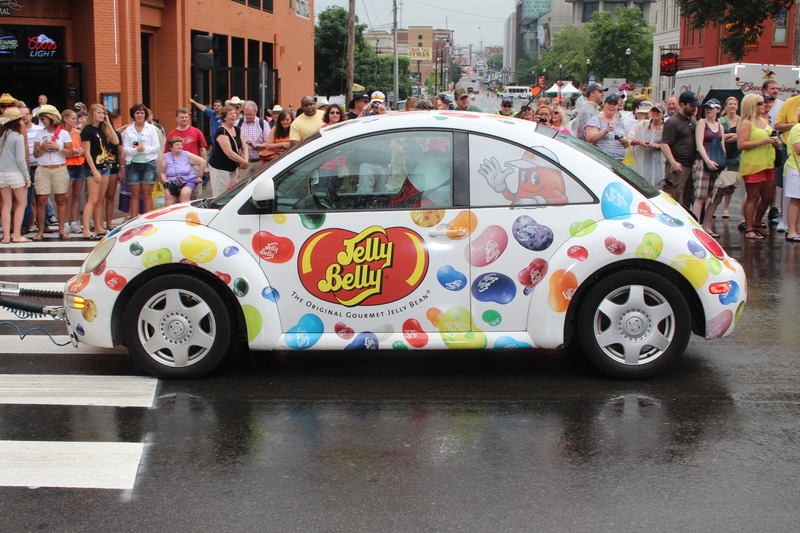 Jelly beans are small bean-shaped sugar candies with soft candy shells and thick gel interiors. The confection comes in a wide variety of colors and flavors, and is primarily made of sugar. It is generally thought that jelly beans first surfaced in 1861, when Boston confectioner William Schrafft urged people to send his jelly beans to soldiers during the American Civil War. It was not until July 5, 1905, that jelly beans were mentioned in the Chicago Daily News.

The company operates three manufacturing plants: One in Fairfield, California; North Chicago, Illinois; and Rayong, Thailand. A fourth facility in Pleasant Prairie, Wisconsin, is for distribution. They produce and average of 1,680 beans per second and the number of beans consumed annually would wrap the circumference of the earth 5.5 times. In terms of weight, they produce 362,880 beans per day.

Check out this amazing video from Jelly Belly!