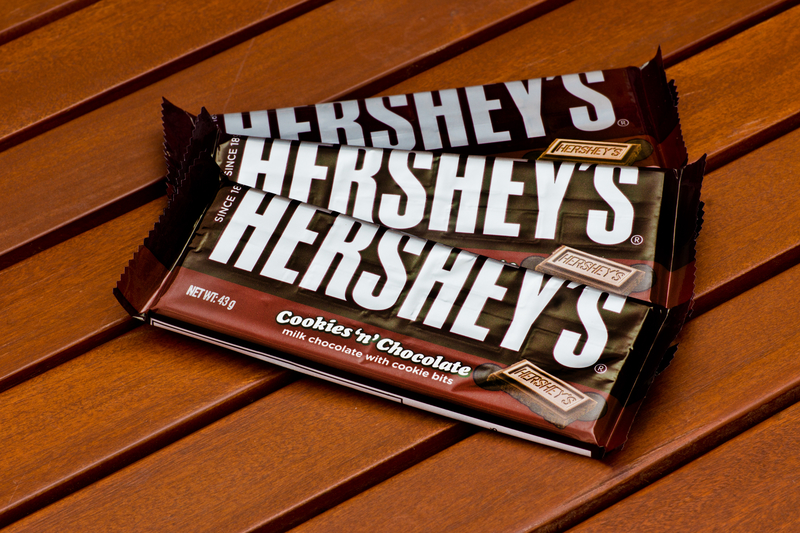 After completing an apprenticeship to a confectioner in 1873, Milton S. Hershey founded a candy shop in Philadelphia. This candy shop was only open for six years, after which Hershey apprenticed with another confectioner in Denver, where he learned to make caramel. After another failed business attempt in New York, Hershey returned to Pennsylvania, where in 1886 he founded the Lancaster Caramel Company. The use of fresh milk in caramels proved successful, and in 1900, after seeing chocolate-making machines for the first time at the 1893 World’s Columbian Exposition in Chicago, Hershey sold his caramel company for $1,000,000 (equal to $28,492,000 today), and began to concentrate on chocolate manufacturing, stating to people who questioned him, “Caramels are just a fad, but chocolate is a permanent thing.”

We know Milton was right! Chocolate is a permanent thing and his chocolate candy has permeated every part of American society. On a global scale, the brand is equally recognized as a part of Americana.

Enjoy the chocolatey delight of this factory tour.