What is Kiva?
Kiva is a non-profit organization with a mission to connect people through lending to alleviate poverty. Leveraging the internet and a worldwide network of microfinance institutions, Kiva lets individuals lend as little as $25 to help create opportunity around the world.

On day 2 of the Lean Startup Conference, I didn’t speak with attendees as I’d hoped – instead, I was attending the workshops and classes and learned a lot. But, in between workshops, I did have a few chances to speak with other attendees.

In today’s Voices of Lean Startup, I spoke for a few minutes with Akash Trevidi of Kiva.org – an organization for which I have tremendous respect. We learn how Kiva.org uses Lean Startup principles to alleviate poverty by empowering entrepreneurs through microfinance worldwide.

Enjoy the short interview and see how Kiva is using Lean Startup to empower entrepreneurs throughout the world. 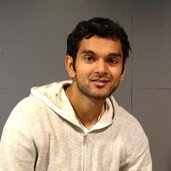 Pete Abilla: We’re speaking with a Akash Trevidi from Kiva. We’re at the Lean Startup 2014 Conference. So Akash, how is the day going so far?

Akash: Its been going well. Yeah, Actually I came in a little bit late so I just caught the last half of Alistairs conversation downstairs on Lean Analytics.

Pete Abilla: Wonderful. What did you think?

Akash: It was great. It was great. I came here last year so it’s nice to see the Lean Start movement gaining momentum and I thought Alistairs conversation was very helpful.

Pete Abilla: Good. Now what types of activities are you doing at Kiva where Lean Startup might make sense?

Akash: Sure. Actually I spoke at last years conference about experimentation that we’re using at Kiva on a small pilot program called Kiva Zip. I don’t know if you know much about Kivas existing model, but we make loans to the working poor through micro-finance institutions. With this pilot program, Kiva Zip, what we’re trying to do is see if we can’t circumvent the intermediary and send money directly to entrepreneurs on the ground, right through their mobile phone. So you can imagine with a very small team that requires a lot of experimentation, a lot of iteration, so on an so forth. I don’t think we would have been able to do what we’ve been able to do in the last three years without the Lean Startup approach.

Pete Abilla: Very cool. What are you looking forward to for the rest of the week?

Akash: Unfortunately, I am only going to be able to join a couple of these conversations but I’m looking forward to Todd Park tomorrow.

Pete Abilla: What is he going to be speaking on?

Akash: I think he is the former CTO of the United States, so he is going to be chatting about how the largest organization in the country, the government, tried to employ Lean Start-up techniques to stream line a lot of the processes that the government actually has to go through on a back end from a technology standpoint.

Pete Abilla: Good deal. Thanks Akash. That was Akash Trevidi from Kiva.