How to Build Relationships With the Forming, Storming, Norming, Performing Model 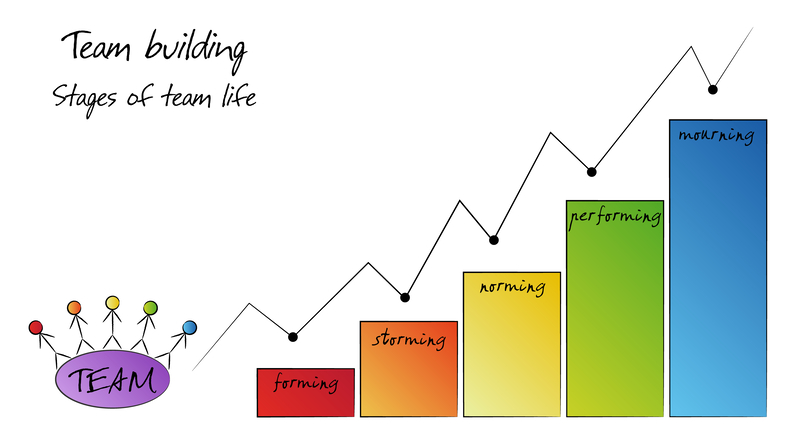 How to Build Relationships With the Forming, Storming, Norming, Performing Model

The Forming, storming, norming, performing model was created by Tuckman and it is a concept that is used by many Six Sigma professionals across the world. They use it to predict as well as explain how their team is performing. Each of the 4 steps plays a massive role in team development.

How is this model applied to build relationships on an organization

This is the first stage and it is where people in a team are getting used to each other as well as the idea of working together. The team is still in its teething stage and are yet to establish any level of cohesion. As a team leader, you might notice that the team will not respond as expected and will need to be motivated.

This comes with the territory when it comes to dealing with teams, members will need to be pushed and inspired to work together. Being a team leader of a team that is forming is not easy, however, you can deal with things by giving the members space and time to settle, introduce them to one another and not delve into any important details from the get-go.

The step that follows forming is storming and when this stage rolls around, the team members know each other a bit better and take the first few steps towards working as a unit. As the members all start to understand each other pros and cons, there will be conflicts, egos will be hurt, communication breakdown and tempers flarings.

When you are leading a group of people, you have to anticipate these things as it is inevitable when a group of people are told to work together in a team. To calm the storm, as a team leader you need to know what everyone brings to the table in terms of their strengths and weaknesses.

When you fully understand the good and the bad of each person, it is time to educate them.  Lead by example and help them understand the importance of tolerance and encourage them to settle conflicts in a civil way.

Acceptance is very important when it comes to this stage and team members here start to accept, encourage and tolerate one another. The team even goes as far as encouraging the behavior and thought of each other because they are all aligned to a common goal.

The realization that they are in it together makes the contribute wholeheartedly to make the team better. During the norming stage, it is important for a team leader to have a good feedback system where thoughts are discussed openly and everyone feels important.

Performing is the final stage and it is where the team starts to carry out their duties and are able to achieve goals without being supervised.all the members are motivated to do well, are very created and knowledgeable.

In order to see massive success during this stage, leaders need to take a back seat and not monitor and control their team constantly. It allows them to stand on their two feet makes them feel valued and will do everything they can to perform tasks assigned to them properly.

It is important to remember that Six Sigma is not just a method, it is a state of mind as well. When all the four steps above are followed religiously, one will be able to create a team that pulls in the same direction and deals with conflicts in a civilized way when they arise. The principles of this model should act as a building block for success.