How to Set up an Integrated Project

Home » Business » How to Set up an Integrated Project 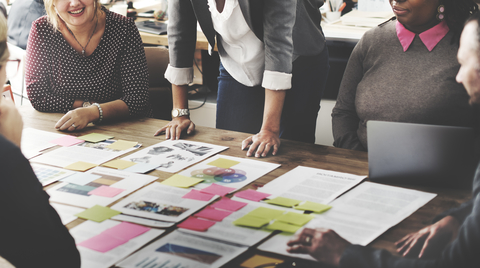 Working with integrated projects can be a great boost to the productivity of an organization, especially one that deals with multiple talents across many different fields. In those cases, it’s often necessary to align expertise of various different types, which can be very challenging through traditional project organization methods. An integrated project is one that properly integrates the experience of everyone on board in an equal capacity, enabling the organization to reduce waste and improve the efficiency of executing those projects.

The main point is that the goals and interests of the team as a whole should be aligned to each member’s individual experience and objectives. Of course, the system still envisions some sort of hierarchy which drives the process, putting a key designer at the top and so on.

An important distinction between integrated projects and other types of delivery methods is the way in which the results are aligned to the project’s leadership. In most traditional project delivery methodologies, it’s common to see a leadership figure consolidating the different points of view, while in integrated projects, this is brought down to the level of the team itself.

Collaborating on the Same Level

This ultimately means that it’s up to those team members to resolve conflict and align their points of view, something which can end up a bit of a challenge when those team members have experiences in multiple different fields that don’t share too much with each other. That makes it important to ensure that those team members share efforts in equal capacity during the construction process, allowing them to not only identify points of conflict for later resolution, but also providing each team member with an alternative point of view that brings them closer to the others.

A key part of an integrated project are agreements between participants that align them on their roles. It’s important to create rigid relationships where both parties know what to expect from each other, and it’s also important to ensure that those relationships are aligned with each other. These agreements can be developed on multiple different levels for example, they can happen on a project level, or on the other hand, all the way down to agreements between individual contributors.

The important point is that these agreements are kept open and are brought up for discussion between the members of the team, so that any issues with alignment can be resolved early on before the project has moved into a more critical phase.

Another important point to keep in mind is that integrated projects are about sharing all aspects of the project development not just responsibilities but risks as well. This sometimes means that a party might end up bearing responsibility for a failure that is not directly relevant to their expertise, and the way this will work will depend on the agreements we mentioned above and how they are outlined. This makes it even more important to ensure that all team members are properly aligned on what they want to do with the project and what they expect the final outcome to be, because this also forces them to consider the important aspect of how they are going to share the responsibility for each risk involved.

An integrated project has many benefits as a delivery method, and it can be very easy to work with as long as you keep some basic fundamental points in mind. As long as everyone is properly aligned on their tasks and the risks involved in their work, and you make proper use of modern technology to organize the project even better, you should see some pretty good results at the end of the delivery phase.