Lean Culture is about “How”

Home » Lean Manufacturing » Lean Culture is about “How”

The Lean subculture talks about the tools of lean, often ignoring principle behind the tool, method, or practice. Another item that is often ignored is “How” things are carried out in an organization where true lean has taken hold.

The debate between “true” and “fake” lean is a tough one to have and is difficult to describe with words, but it’s one of those things that is easier to show than to actually describe.

During my time at Toyota, the items below were not talked about much. It wasn’t until later that I had realized how much literature about Toyota there was.

Here’s an attempt at explaining what a Lean culture looks like: 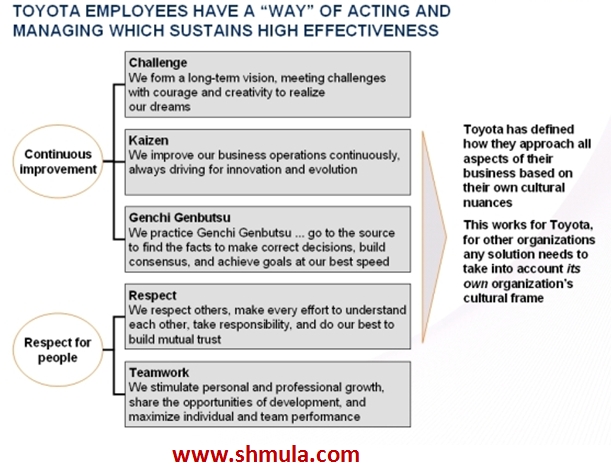 Yes, Why and What are important. But, in matters of culture, HOW we go about things and the attitude and the mindset by which we do things are of utmost importance.

That, my friends, is often what sets a true lean culture from one that is not.